Annyeonghaseyo. Wait, does this word sound familiar? If yes, you are also a K drama fan like me. Otherwise, you may know or want to learn the language. Yes, ‘Annyeonghaseyo’ is a Korean language word meaning ‘hello’. Many of us know about Korean or the language mainly through K dramas. Also, the language is agglutinative. Anyway, the Foreign Service Institute (FSI) ranked the Korean language as the most difficult language to learn. However, learning Korean has considerable benefits. There is also scope for learning the language in India.

This blog will be discussing the scope and benefits of learning the Korean language in India:

Why should I learn the Korean language?

Firstly, many people want to learn the language because they are attracted by Korean culture. Many people learn the language for career prospects as well. Foreign language jobs are opening up nowadays. Korea is the formal language of North and South Korea as well. In addition, many international companies in India have an increasing demand for people who know the language. Companies such as Hyundai Motors, Kia, Lotte, Samsung, LG, etc are based in South Korea.

Scope of Korean Language in India:

Firstly, many foreign embassies are offering language jobs today. Because of the domestic and international job scenarios, demand for foreign languages in India is high. Foreign language jobs offer handsome packages as well. Korean language experts in India are considerably not high. This makes the possibility of getting the jobs easy. You can take many jobs in the embassy when you know a foreign language. These jobs include:

The average salary for a Korean language interpreter will range from Rs. 5.5 lakhs to 6.5 lakhs per annum approximately.

Not only an interpreter, but the translator is also one of the most profitable jobs today. Adding to that, many websites offer translation jobs today. You can translate from Indian or English language into Korean or vice versa. It is a well-paying career option depending on your performance and experience. Besides, translators get a fair amount of money through freelancing. The translator is the most in-demand job in the Korean language in India. The average salary will range from Rs. 3.9 lakhs to 5.8 lakhs per annum approximately.

You can work as a language instructor. Owing to that many institutes offer foreign language courses today. It can be considered especially if you are starting your career. If you are skilled in the language, many companies will hire you. In addition, Korean language teachers are scarce as well. The average salary for a language teacher or trainer will range from Rs. 2.5 lakhs to 4 lakhs per annum approximately.

You can work as a call centre trainee to handle Korean clients. In addition, this field has a high salary package and low competition as well. Job roles in this field may include customer support, email writing, etc.

Other jobs at Korean companies in India:

As we have seen earlier, many Korean companies are operating in India. These companies offer different jobs with different roles in the Korean language. The jobs are:

Also, these companies will need corporate trainers to teach the Korean language to their staff. You will also get a chance to interact with their Korean-speaking clients.

Apart from that many Indian companies like Tata Motors and M&M have also invested in South Korea. Learning the Korean language will land you a job in these sectors.

Jobs in other MNCs:

Many MNCs from the USA, Europe, and other countries hire Korean language professionals as well. Jobs related to accounting, sales, translation, proofreading, technical writing, etc are offered as well. The salary will depend on proficiency, qualification, and experience in the language.

If you are working for a South Korea-based company like Samsung or LG, then you will have the chance to interact with Korean people. So, learning the language will put you in the spotlight. This will be helpful especially when the company is planning to expand. Moreover, chances are high for you to get a promotion when you know the language. The average salary for a Korean language business expert will range from Rs. 8 lakhs to 12 lakhs per annum approximately.

Benefits of learning the Korean Language:

Learning the language will be especially helpful when you are living in South Korea. It will be also helpful when you are visiting South Korea often. If you are having a Korean-speaking colleague or friend, then learning the language will help you in developing an interpersonal relationship. Especially, when you have a senior Korean-speaking person at the workplace.

Understanding of the Korean culture:

As said earlier, many of us learn Korean or want to learn Korean mainly because of the Korean series. Not only that but people are also fascinated by K-pop bands such as BTS. Learning the Korean language will provide you with a deep understanding of Korean culture. You will also be equipped with the knowledge of their food habits, cultural background, historical perspectives, etc.

It helps in learning the Japanese language:

Speaking linguistically, Chinese, Japanese and Korean languages are not similar. Still, it is easier for Korean people to learn Japanese than other people. It is because the two languages share a common vocabulary, grammar, etc. When you complete level 4 or level 5 in TOPIK, you will feel comfortable studying the Japanese language.

Many universities in South Korea accept international students. Along with that, they teach both in English and Korean. Many teachers and professors are also working in South Korean institutes as well. To study the language, South Korea itself offers scholarships to Indian students each year. Students can study Korean language, literature, master’s and doctorate at selected universities in Korea.

It is estimated that there are about 80 million people across the world who speak the language. Korean people are also settled in China, Japan, Canada, and many other countries. The importance of the Korean language has been increasing since South Korea’s influence on the global economy has increased.

Economic cooperation between India and South Korea is growing today. This is because of global economic integration. In addition, South Korea is ranked as the 7th largest export economy globally. So, there is a scope for the Korean language in India considering economic prospects. It will help understand South Korean economic conditions.

Many academies and universities offer language courses today. This is because of the increasing demand for the Korean language in India. You can do a bachelor’s, master’s, and PhD in the Korean language. Keeping Korea’s economic growth in view, the Indian Government itself has added the language to the curriculum. We will see those course details below.

If you are choosing the Korean language as an elective subject to study, then there are some entrance examinations that you can check out.

Required skillsets expected for a job:

If you want to go for a TOPIK test, you can contact the Korean embassy in our country. TOPIK test certificate is valid for 2 years. The test is conducted six times a year in Korea. And, two times a year in other countries including India. If you are pursuing the Korean language for your academic purpose, then the TOPIK exam is better.

Other tests related to the Korean language:

Employment Permit System – Test Of Proficiency In Korean is for those who want to work in Korea for factory jobs or manufacturing. The exam consists only of beginner listening and reading tests that will be required for day to day activities.

Korean Language Ability Test. It consists of only one paper, unlike TOPIK. It is conducted by the Korea Educational Testing Service authorised by the Korean government (Ministry of Culture, Sports, and Tourism). This exam consists of four levels.

Learning Korean will be a great investment in your career. Besides, if you are learning the language as a hobby, it is a great choice. In my opinion, it is a beautiful language to learn. Besides, Korea is unique in every aspect such as culture, food, beauty, fashion, etc. Many day-to-day products we use in our daily life are from South Korea.

Learning Korean will add a feather to your CV. It also will put you in a different position than others.

Q1) Is the Korean language very difficult to learn?

Yes. But, if you are ready to put in your hard work and dedication you will learn the language easily.

Q2) Can I get a job in Korea if I know the Korean language?

It depends on what job you are looking for to work in. However, knowing the Korean language is not enough to get a job. A necessary skill set is also a must. It depends on many factors.

Q3) What qualifications should I need to teach Korean?

To teach the Korean language, you will need a proper qualification like Diploma/ Degree/ TOPIK.

Q4) How long it will take to master the Korean language?

It will take at least 4 to 5 years to achieve proficiency in the language.

Q5) Can I do distance learning programs in the Korean language?

Considering job prospects it is advisable to not go for a distance learning program in the Korean language.

Q6) Can I get a job in Korea with a diploma in the Korean language?

No, a diploma alone is not enough to get a job in Korea.

Q7) What is better TOPIK or a bachelor’s in Korean? 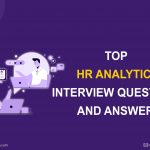 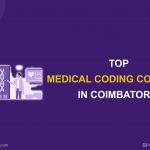 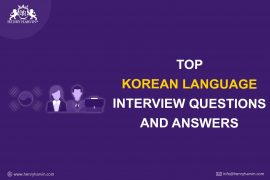 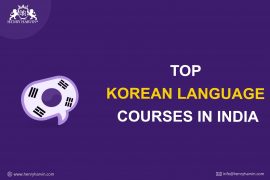 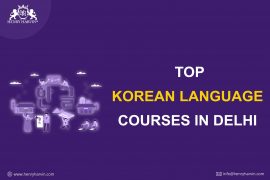 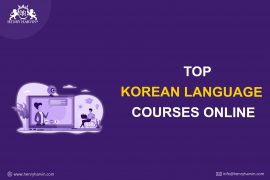 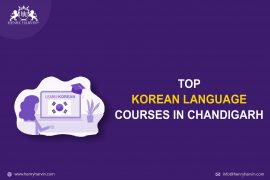 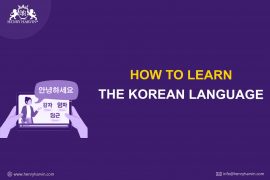 How to learn the Korean language