International Business comprises of all commercial transaction between two regions, countries beyond their political boundaries.It refers to all those business activities which involve cross border transactions of goods, services, resources between two or more nations. International Business with Six Sigma certification Enhance your cross-cultural management, communication skills in more than one way.

Six SigmaSkills for International Business is there for great help to deal cross border relations and packaging deals; it assists in building the confidence to influence clients, suppliers and colleagues from a variety of countries,it provides the cross-cultural leadership competence that has become essential for businesses and managers to succeed in today’s global business landscape.

In international business, all the operations are conducted on a very huge scale thus require planning and step by step approach in packaging each operation in units , here Six Sigma plays a very important role in defining and laying out procedures for quality control checks which in turn reduce work force and time energy and avoid wastage and pilferages.

As International business has to face too much competition in the world market. The competition is between developed and developing countries. Here Six Sigma plays an important role in maintaining right to equality, right to maintenance, freedom and expression and self-value between two participating nations. All in All, International Business with Certification not only enhances global economy but also develop healthy commercial relations between countries.

What is Six Sigma all about?

It is a set of tools and techniques used for the improvement of the product. It can be termed as a cornerstone principle used by leading corporations of the world. It is so because it has proven itself by giving rise to substantial business returns. The thrust on the Six Sigma policy caused 50% process cost reduction along with the less waste of that materials.

Six Sigma approach was first of all developed by Motorola. It was introduced by an American Engineer named Bill Smith who works for the company Motorola in the year 1986. Further in the year 1995, the concept of Six Sigma was implemented as a central business strategy by Jack Welch in his company General Electric. 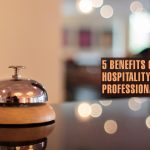 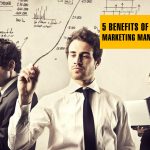 Is Your Business Ready for the Six Sigma Process in 2020?

What Is Kaizen: Top 10 Untold Facts