The Future of Blockchain Technology

Truth to be said I am a great believer of the decentralized world. In my opinion, this hierarchy presents more innovation. The decentralised environment presents more chances for fulfilment and happiness. Everybody is interested in cryptocurrency. They all are talking about projects like Bitcoin, Ethereum, Ripple etc. These cryptocurrencies have already collected more than millions of dollars. Only, a single Bitcoin costs 6915 USD at the time of this writing. Every morning, you’ll get to see ups and downs in their rate. Let’s talk about the future of this technology. Where does it stand after a few years or a decade?

Let’s see Gartner’s Prediction: A report presented by Gartner says that the blockchain market value will get a hike of $176 billion by 2025. In the same report, it is estimated that the technology will attract more than $3.1 trillion by the end of 2030. Taking a closer look at it, blockchain will not get a larger return by the end of 2025. Perhaps, the root cause is that organizations found it hard to invest or work on Blockchain Certification Training Course projects due to concerns like legacy and other regulations. While its decentralised nature eliminates the primary concern of every business, i.e., security and secondly, fast transactions drive the growth of the industry by pacing up their financial operations. Again, Gartner believes that 66 percent of organisational leaders think that blockchain is a business interference and they decide their budgets precisely. While 5 percent of them have already invested more than $10 million on blockchain technology.

Another Gartner CIO survey conducted in 2018 reveals that out of 3000 CIOs belonging 90 different countries- only one per cent shows any type of blockchain implementation in their business.

IDC Talks: Going through the IDC report, it has been found that the global spending on blockchain is estimated to touch $2.1 billion by the end of 2018 which is two times than the amount $945 million spend in 2017. IDC believes that the investment in blockchain technology will evolve at a robust speed over the period of 2016 to 2021. In the meantime, it will get the compound annual growth rate (CAGR) of 81.2 percent, and the total investment will be $9.7 billion in 2021. They expect that the United States will get the biggest blockchain investments. Also, it will deliver solutions to an overall 40 percent spending made worldwide.

The second biggest game-changer will be Western Europe which will grab the next biggest investment on the blockchain. Then comes China and other Asia or Pacific regions. All the regions counting from one to nine will get to see the investment growth in the upcoming years. Here, Latin America and Japan will be the first on the line with CAGRs of 152.5 and 127.3 per cent.

Venture Scanner Predicts: As per Venture Scanner report, more than 1008 blockchain-enabled startup organisations have made a $6.2 billion capital funding from 333 funds across the 75 countries. If you are a beginner to blockchain technology, you can go through the Online Blockchain Training which covers the smart contract to peer transaction mechanism elaboration. It will help you to understand the core structure of the cryptocurrencies like Bitcoin, Ethereum, Ripple, Dodge, Sia etc.

Blockchain Adoption: Organisations are elevated towards the vow of the blockchain, and various players like IBM, Amazon, Google are already as a leader, taking this technology in the space.

A Final Words to Take Home: Experts believe that the present nature of blockchain is the same as the June 1997 era of dot-com technology. In upcoming years it will evolve as a giant technology which will govern the future of retails, finance, banking and other capital flowing sectors including the supply chain, the cloud also.

Q1. What is Blockchain technology?

Ans : A blockchain is an immutable time-stamped series record of data that is distributed and managed by a cluster of computers. The data which is stored inside a block depends on the type of blockchain.

Q2. What is the Future of block chain technology?

Ans : Blockchain technology in upcoming years will evolve as a giant technology which will govern the future of retails, finance, banking and other capital flowing sectors including the supply chain and cloud. 3 Things to Consider When Searching for GRE Prep Courses 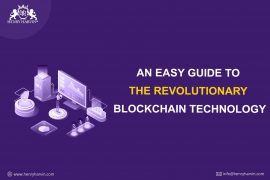 An Easy Guide to the Revolutionary Blockchain Technology 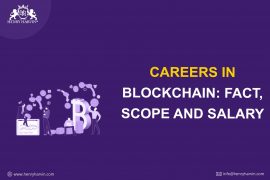 Careers in Blockchain: Fact, Scope and Salary in 2022 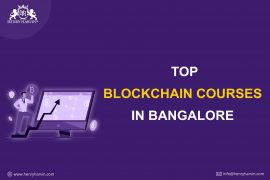 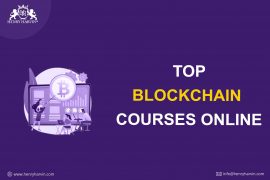 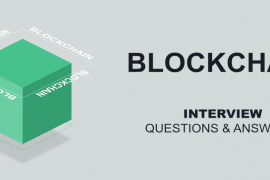 20+ Blockchain Interview Questions and Answers in 2022