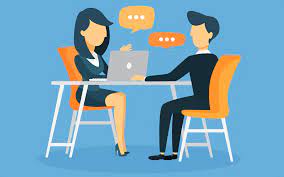 “Six Sigma is a quality program that, when all is said and done, improves your customer’s experience, lowers your costs, and builds better leaders.” — Jack Welch

Have you just completed your Six Sigma Course and planning to apply for a job?

Are you worried about what questions the interviewer will ask? 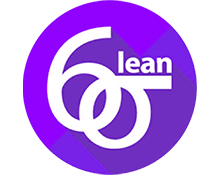 Though it is an important part, an interviewee can successfully pass this step with adequate preparations.

One of the ingredients for acing an interview is confidence. A person with confidence in himself and his abilities holds the power to conquer the world.

Another ingredient is to know the important topics and subject matters you have learned during your learning period.

So, let us look into the Top 30 Six Sigma Interview Questions and Answers that can be asked by an interviewer and the questions that you can prepare.

Here is a list of basic questions that can be asked.

The first and basic question that an interviewer can ask is your knowledge about Six Sigma.

In simple terms, Six Sigma is a technique that an organization uses to improve its business process and quality. Using the methodology of Six Sigma, an organization can elevate performances and decrease process variation. This in return helps a business reduce defects, ameliorate profits, increase employee morale, and improve product quality.

Next, the interviewer may want to know if you are aware of the use of the term Six Sigma and why is it named or called Six Sigma.

The answer to this question would be that to achieve Six Sigma, the processes of an organization need to maintain their defects maximum to 3.4 defects per million opportunities (DPMO), which is otherwise difficult to attain.

Q.3. What are the two sub-methodologies of Six Sigma? Define them.

There are two sub-methodologies of Six Sigma- DMAIC AND DMADV.

DMAIC process is an acronym for Define, Measure, Analyse, Improve, and Control. This process is used for existing processes that are lacking behind the specifications and need incremental improvement. DMADV process is an acronym for Define, Measure, Analyse, Design, and Verify. It is used to develop new processes or products that match the quality level of Six Sigma. In case when a business needs more than incremental improvement, the process of DMADV can be used.

Q.4. What are the four main variations used in Six Sigma?

The four main variations used in the Six Sigma are mean, median, range, and mode.

In this, you can add how these variations function and are used in the Six Sigma process.

Q.5. What are the Five Principle of Six Sigma?

The five principles of Six Sigma are:

Q.6. What are various tools used in Six Sigma?

There are various tools used in Six Sigma. They are:

Q.7. Name the tool that helps in visualizing possible causes of a given problem?

The tool that helps in the visualization of possible causes of a given problem is the Ishikawa diagram.

Q.8. What are various techniques used in Six Sigma?

The various techniques used in Six Sigma are:

Q.9. Name some of the analysis that helps to prioritize customer needs.

Kano analysis is the analysis that helps in prioritizing customer’s needs.

Q.10. What are various levels of Six Sigma?

There are seven levels of Six Sigma. They are:

Q.11. Who are the professionals in the Six Sigma White Belt?

A Yellow Belt holder of Six Sigma is one who has known the fundamentals of the White Belt level and now works as a project team member. The professionals at this level also assist those who are at the higher levels of Six Sigma.

Q.13. What is the role of a Six Sigma Green Belt Professional?

Those who hold the Green belt of Six Sigma are the ones who have gained experience of at least 3-years working full-time. The holder of a Green Belt Six Sigma must have also completed at least one project of Six Sigma. They can also serve as a leader for simple Six Sigma projects.

Q.14. What are the various functions performed by a Six Sigma Green Belt professional?

The functions that a Green Belt holder of Six Sigma performs are reviewing and refining the project charters, organizing meetings, analyzing data, etc.

Six Sigma Champion is the one who takes care of the political aspect of a project. Using their political skills they make sure that their projects are successful. In a corporate world, many projects come in the way of one another either economically or in terms of priority, so it is the role of a Six Sigma Champion to use their political skills and clear out the matter to make their project successful.

These are some basic questions that an interviewer may ask you to check your knowledge and also to discern your understanding of the roles and functions played at various levels of Six Sigma.

In the next set of questions, I have listed questions that an interviewer may ask concerning the projects you have worked on.

Q.18. Tell us about the project that you have worked on.

For this answer, you must describe the project and give a good insight into it. Be sure to describe your project properly as the interviewer may ask for other details concerning your project.

Q.19. What factors did you consider before starting your Six Sigma Project?

Q.20. What were the issues that you faced while working on the project and how you overcame it?

To answer this question mention the problems that you must have faced during the project.  Then share the ways you overcame those issues.

If you have worked on a project, then try to recall major to minor details while working on the Six Sigma project. Write down some points that are important and also some factors that are basic in Six Sigma projects. It will help you to answer interview questions concerning your project.

For the next set of questions, I have listed some questions concerning minor and important factors of Six Sigma. Have a look!

SIPOC is an acronym for Suppliers, Inputs, Process, Outputs, and Customers. This tool is used to have an overall view of all the necessary elements of the process. Before a project is started, with the help of SIPOC, a team can assess the scope of a complex project.

Ishikawa diagram is a tool used to categorize various issues or failures in a project. It is named after its inventor, a Japanese professor Kaoru Ishikawa. This tool helps to understand the cause-and-effect relationship for problem-solving. The tool is also known by other names such as fishbone diagram, cause and effect diagram, and fishikawa diagram.

Pareto Principle is named after its creator Vilfredo Pareto, an economist. The principle is an 80:20 ratio which states that 80% of the consequences occur because of 20% of the cause. So, it is a cause-to-effect ratio of 80:20.

The full form of DPMO is Defects Per Million Opportunities.

And, full form of DPPM is Defective Parts Per Million.

Q.25. Can you list one difference between Cpk and Ppk?

Cpk is about Process Capability, predicting whether the process will meet specifications or not.

Whereas, Ppk is about Process Performance,  in which a company is able to assess how well a process performed in long term.

Q.26. Who developed Six Sigma and when?

Six Sigma was developed by Motorola in 1986.

Six Sigma was developed by Mikel Harry and Bill Smith to improve the manufacturing process.

Q.28. What do you understand by Regression Analysis and what is the use of this analysis?

Regression analysis helps to establish the relationship between the output variable (Y) and input variables (X).

The levels of Six Sigma defects per million opportunities are:

Q.30. What do you understand by FMEA?

FMEA is abbreviated for Failure Mode and Effect Analysis. This analysis is used to identify possible risks within the process, design, or product. After identifying the possible risk, one can develop a risk mitigation plan to overcome these risks.

Here, I have tried to provide commonly asked questions during an interview but then again understand that the topic of Six Sigma is wide so an interviewer can ask anything. For this I advise you to flick through the notes you must have prepared during your Six Sigma course or read articles about Six Sigma.

Apart from asking questions about Six Sigma and Lean Six Sigma, an interviewer asks an interviewee to give an introduction of himself or herself. For this, I suggest you write down the points that you want to highlight in your introduction and practice saying them before a mirror. This exercise will help you to correct your posture and facial expressions mostly noted by an interviewer. Dress formally when you have an interview. For men, an interview attire can be a formal shirt and pants; a neat hairstyle; and formal shoes. For women, wear either a plain single-colored suit or a formal skirt with a formal shirt complemented with light makeup.

I wish you All the Best in your interview!

Below I have listed some helpful articles about Six Sigma, Lean Six Sigma, and more. I recommend you to read through these articles as well.

Henry Harvin Education is an institute from where you can learn Six Sigma and Lean Sigma courses. Henry Harvin instituted is Ranked no. 1 by India Today, The Tribune, and Business Standard for Six Sigma certification.

Lean Six Sigma is a blend of two individual specializations of Lean and Six Sigma. It is the best problem-solving approach that helps an organization to achieve its goal and satisfy customers.

Q.3. How many belts are there in Lean Six Sigma? Name them. 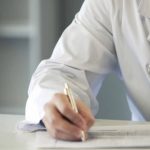 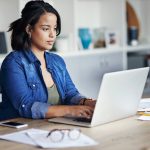 5 Tips to Write a Research Paper 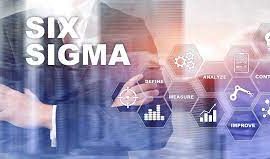 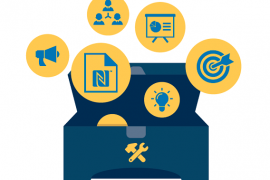 10 Six Sigma Tools you Need to Perform Better in your Career: 2021 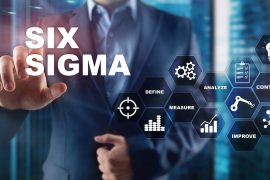 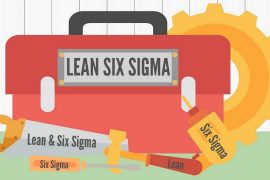 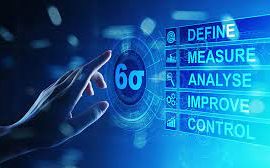