10 Amazing Facts About Legality of Bitcoin Trading in India

Ever wondered that there could be a medium of exchange that is not a currency? Not like Rupees, Dollars, or Euros? While some of you might have heard of cryptocurrencies, there is a lack of awareness among masses regarding its meaning and usage.

Another advantage of Bitcoins is that they have no boundaries. They are decentralized, which means, a person in India can trade Bitcoin with someone sitting in the United States, and that too at a very less transaction cost.

Here are some amazing and must know facts on legality of Bitcoin trading in India:

Did you know who introduced Bitcoins to India?

Bitcoins have been introduced to India (without any legal backing) by a Bangalore based start-up called Unocoin, Mr. Vikram Nakkam and Mr. Sathvik Vishwanath being its founders. Barry Silbert, founder of Digital Currency Group, had infused $250,000 in unocoin. That is when the Bitcoin trading in India gained popularity.

In what is called the first ever and biggest infusion for Bitcoins, Unocoin became the first Bitcoin Exchange and merchant processor in India to have raised international funding.

Legality of Bitcoin in India- Still a Question Unanswered

In India, bitcoins were introduced around the year 2012. Since then, exchange and trading of Bitcoins started to expand rapidly. The question is, are cryptocurrencies legal in India?

Laws relating to regulation of bitcoins and other cryptocurrencies have yet not found their way to the statute book. In the year 2018, the Reserve Bank of India (RBI) issued directions restricting Banks and Financial institutions from dealing with virtual currencies. This was challenged in the Supreme Court of India.

The Supreme Court lifted the ban imposed by RBI. This means, trading in Bitcoin is a big yes but without acknowledging it as a legal tender. While securities trading is regulated by SEBI, Competition Law by CCI, Banks by RBI, there is no statutory body or government authority to regulate bitcoins. A bit of virtual currency may come under securities contracts regulation Act, and a bit of it under Money Laundering Act.

There is no genuine law to govern it.  And if the situation remains, then it could perhaps lead bitcoin trading in India out of control in no time.

The question on the Legality of Bitcoin remains unanswered.

If regulated, legality of cryptocurrencies could actually foster our economy

Bitcoins have given a boost to our economy. Various businesses like BtcxIndia, Unocoin, Zeppay etc, started facilitating trading in Bitcoins in 2013. Not only that, it has introduced to India, new professions like blockchain technology and bitcoin analyst. It has brought a new programming language called Solidity.

Alongside, it has generated jobs in already existing fields of data science, financial analysis, machine learning, security architect, to name a few. bitcoins have become quite popular among the millennial. Not only are they investing in it, they are taking keen interest in its working and are trading with it.

Block-chain may turn out to be the next big thing for investments considering that India is en-route becoming one of the biggest Fin-tech destinations.

What the Supreme Court is Thinking:

There was a huge uproar among several businessmen in India upon RBI’s ban on trading in bitcoins and other virtual currencies in 2018. Legality of cryptocurrencies in India was a concern among them. It was at this time, when the Supreme Court was flooded with petitions against these circulars of RBI.

Supreme Court, in 2019, directed the Central Government to come up with clear cut policy statements within 4 weeks time from its order. In March 2020, Supreme Court finally rendered its own ruling on virtual currencies, setting aside RBI’s circulars.

The Supreme Court acknowledged that Bitcoins are not a legal tender, but they are also not prohibited by law. And if anything interferes with the fundamental right of carrying on any trade and profession which is not prohibitory in nature, then it shall be violation of Article 19(1)(g) of the Constitution.

Bitcoin Brain Drain could now get over

Post the ban on virtual currencies by the Reserve Bank of India, a lot of Bitcoin professionals had moved outside India to cryptocurrency-friendly countries. However, once this ban was lifted by the Supreme Court, companies have come back. This ruling is quite important in that it has brought back businesses from across borders which had to shut down overnight due to RBI’s interference.

Enforcement Directorate of India made its first ever Bitcoin trading raid in Ahmedabad on 27th December, 2013, only second in the world. These bitcoin trading firms were rBitco.in and buysellbitco.in and were booked under the FEMA Act.

RBI, later in 2018, warned the people against the potential financial, operational, legal and customer protection and security related risks. There is an apprehension that legality of cryptocurrencies in India can lead to widespread substitution of bank notes and decline in circulation of the real currencies of the world. In India, it could lead to decline in RBI’s non-interest paying liabilities.

Taxation on Bitcoins, yes or no?

Just like there is no clarity on legality of Bitcoin in India, taxation of Bitcoins in India also remains a grey area. The government would have formulated rules relating to taxation, had the Bitcoins not been rendered illegal by RBI. However, prior to the 2018 debacle, The Income Tax department sent out thousands of tax notices to people upon Bitcoins crossing a dollar 3.2 billion mark in just 17 months. We thus know that bitcoins won’t escape taxation.

However, since now the Supreme Court has brought back Bitcoin trading in India, the question is, how will these be taxed? How have they been taxed on earlier occasions? It is most likely to be treated as capital gain if traded occasionally. But if traded regularly, it could be treated as an income under the Income Tax Act.

For us Indians, Gold plays a big role as it is the most liquid asset one could invest in. Just like Gold, bitcoins are too considered a very liquid asset, only that it is not backed by any government law.

According to a survey conducted by Paxful, of a sample of 500 people in the age group of 18 and 55, 93.8% had invested in Bitcoins. Of this, 90.67% invested in BTC, 44.27 in ETH and 1.6% in other currencies. These people have also reiterated the need for a regulatory framework on Bitcoin trading in India.

Who said only rupees could be used in exchange of goods and services? While there is no clear regulation on Bitcoins, the Supreme Court’s judgment is clear enough to indicate that Bitcoins and any other form of Virtual Currency can be used for trading.

However, the Finance Ministry has reiterated its stand that Bitcoins are not a legal tender. Then what is it? Is it money or currency? Is it a commodity? Is it a security? Is it goods? and above all, is Bitcoin legal in India? The question still remains.

Bitcoin has an uncertain future in India

Legality of cryptocurrencies could either prove to be very beneficial for the country,   bringing trading in India and across countries to our finger tips, or it could turn out to be very fatal for India, which could in the end lead to financial losses to the country.

It could turn about to be a bane, if regulated efficiently, or could lead to people losing all their money, if banned again. Whatever decision the government makes, the effects of Bitcoin legalization can only be understood after a considerable number of years have passed. We surely cannot assess what course this will take right now. So we must wait and watch.

Understand in detail by opting for our Online Bitcoin Course

Is Bitcoin real or fake?

Bitcoin is a virtual currency, it offers great security to the transactions which occur technologically in its network.

Are there apps to mine Bitcoins?

There are many apps however, Application Specific Integrated Circuit (ASIC) technology can be best used. It is operated with free software such as CGMiner, BFGminer, etc.

Spread the love
BitcoinBitcoin in IndiaLegality of Bitcoin
2

Nishi is an Advocate based in Ahmedabad. She has pursued her B.B.A. LL.B. (Hons.) from Gujarat National Law University, Gandhinagar. She has worked in the field of Civil Litigation and Corporate Law. Besides being a Lawyer, Nishi is also an aspiring writer and wishes to be listed among the most sought after writers, someday. She will gladly offer any assistance/answer any queries relating to writing.

Six Sigma or PMP: Which Certification Has More Value in 2020 10 Facts About Data Science You Should Know 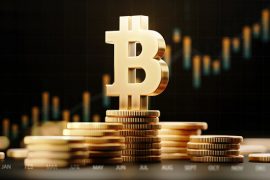 What is Bitcoin : The Digital Definition in 2020 10 Courses To Know How Bitcoin Works 8 Scams You Can’t Miss: The Rise And Rise Of Bitcoins 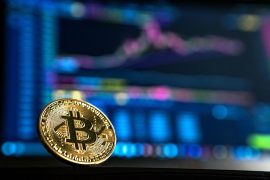 Top 14 Types Of Cryptocurrency To Watch In 2020