Home > French Language > Is french easy to learn for Indians? 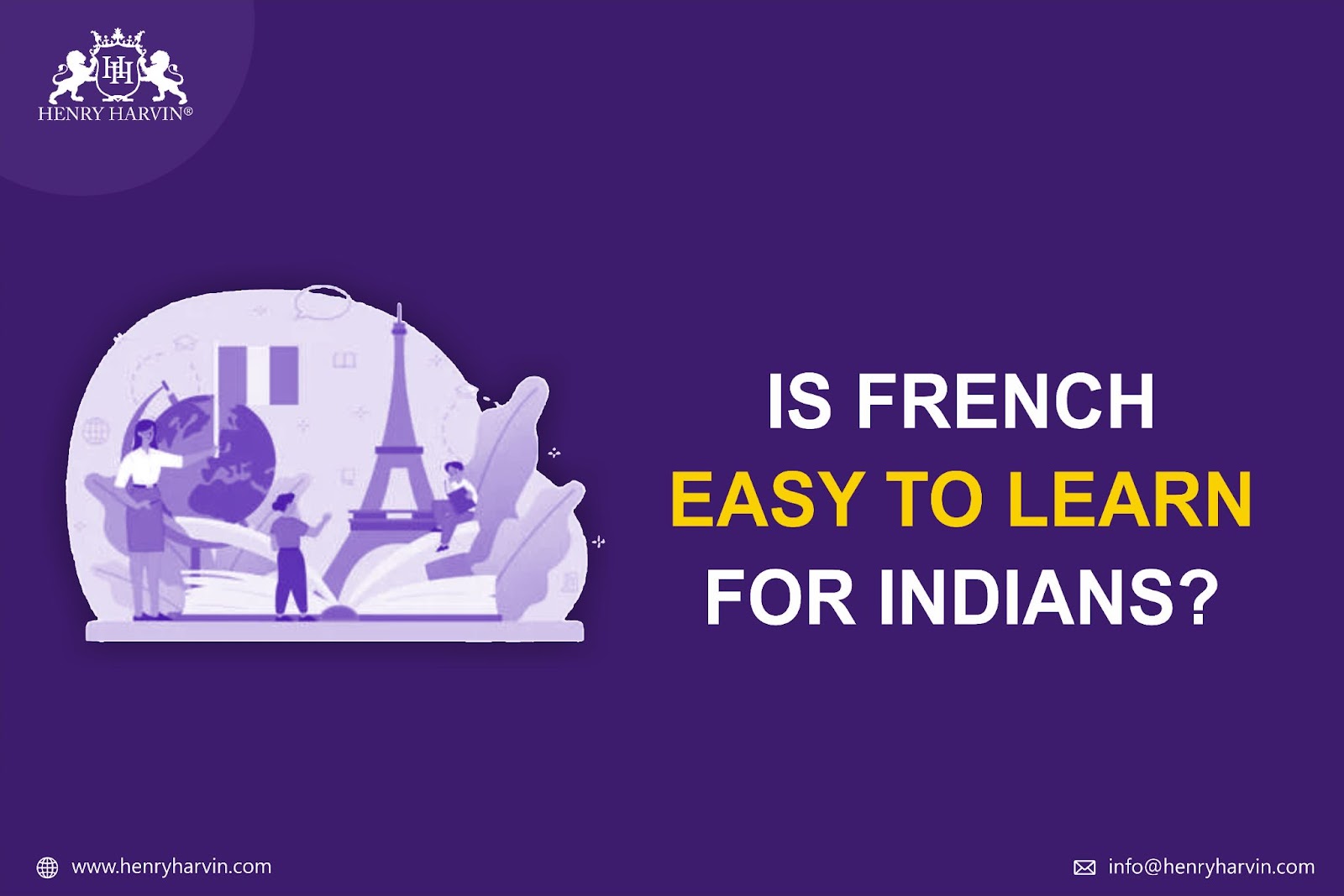 Is french easy to learn for Indians?

Why learn the French language?

In the world, French is the sixth most widely used language. Learning the French language has become a fashion and many schools have started introducing it as part of the academic curriculum. Although learning French is simple, still it does take some time and effort. We have to agree with the Foreign Language Institute that due to its strong relationship to English, French is one of the simplest languages for English speakers to learn. French has a large common vocabulary and is quite helpful.

Henry Harvin® provides the best platform for French Course | Many multinational companies use French as their working language | Gain Fluency with the Completion of A1, A2, B1, B2, C1, C2 Levels of French Language

In India, people from every state speak their native language plus the languages of the neighboring states. This is why Indians are used to learning languages, usually, Indians are multilingual. Knowing French will also improve your chances of communicating in a non-English speaking country because it is the foreign language of choice for so many people worldwide. French can be used to communicate online and for making friends throughout the world.

Benefits of learning the French language

France is the most popular tourist destination in the world, receiving more than 87 million visitors annually.Even a basic understanding of French makes visiting Paris and the rest of France much more enjoyable and offers insights into French culture and way of life. French also comes in helpful while traveling to French-speaking portions of the world.

If you speak French, studying other Romance languages such as Portuguese, Spanish, Italian, Romanian, etc. will come naturally to you and take little time to master. Since these Romance languages share forebears, they also share a great deal of similarity in terms of sentence structure, vocabulary, cognates, etc.This is one of the reasons why Indians want to study French.

Since technology has made it easy to speak with anybody, anywhere, the world is now more interconnected.Many companies and organisations are looking for multilingual speakers to handle their complex communication.Given the significance of the economies of countries that speak French, it must not be surprising that you will have more clout if you speak the language. No matter if it’s to establish relationships with more French customers or go for a career in a French-speaking country.

If you obtain an advanced-level certificate in the language, you will be able to enrol in the top colleges, universities, or business schools in France and other French-speaking countries. This not only aids in enhancing academic performance but also allows you to encounter a new culture and advance your French language skills.

Multinational corporations take into account candidates with foreign degrees and multilingual skills. You can advance your career in numerous ways by earning an overseas degree. You will surely stand out from other individuals in India if your CV lists both good academic credentials and a foreign degree. The explanation for this is that because these students are multilingual, gifted, and have lived in a multicultural environment, they can adapt to any circumstance.

The brain is strengthened and mental health is enhanced by language learning. According to numerous surveys, picking up a second language increases a person’s intelligence and creativity at work. It is possible, easier, and more beneficial for you to hold challenging talks if you are fluent in French. Additionally, it improves your learning capacity and facilitates task switching.So enrol in French language classes to master the language and sharpen your intellect.

Learning French has many other benefits than securing a well-paying position overseas. Periodically, you can taje the opportunity to acquire a fresh viewpoint.France and other countries that speak French allow you to study both historical and modern cultures.France’s history and culture are well-known worldwide. Additionally, there are other additional historians you might study, like Michelet, Albert Soboul, and Alexis Tocqueville. The original writings of Baudelaire, Victor Hugo, Molière, Voltaire, and many others are also available to read in the literature.

French is a working language and one of the official languages of the International Olympic Committee, the International Red Cross, the European Union, UNESCO, NATO, the United Nations, and international courts.Strasbourg, Brussels, and Luxembourg are the three locations where the EU institutions are located, and all three speak French.

Common European Framework of Reference for Languages is referred to as CEFR. As part of a program named “Language Learning for European Citizenship,” the Council of Europe creates the CEFR. German, French, English, and Spanish are only a few of the languages spoken in Europe, and the CEFR criteria are used to assess a person’s ability in those languages. This program was designed to verify language proficiency for linguistic non-native speakers. The CEFR categorizes language learners into three basic types—A, B, and C—and further divides each type into two subtypes, such as A1, A2, and B1, B2.

Several employers use the CEFR in addition to academic contexts. A CEFR diploma has several uses for your CV or resume and frequently has no expiration date. A CEFR certificate could be required for employment, enrollment in a university course, and school admissions. The CEFR levels are used by many students for self-evaluation. For students to readily identify their current proficiency level and to work hard to become fluent in French.

Below are the CEFR levels for learning French language –

The first level is “A” – Basic User

The second level is “B” – Independent User

Understanding subjects and lexicon is the goal of the French language course. Additionally, you will pick up grammatical knowledge to improve your learning French language proficiency. You will be able to compose a range of texts once the course is through. Henry Harvin will help you communicate effectively and proficiently in French. Gaining proficiency in French can help you perform well on important tests like the DILF, DELF, DALF, DCL, and TCF.

The course is divided into the below levels

Many industries, including the tourist and hospitality industry, fashion, retail, automotive, luxury goods, aeronautics, international business, diplomatic service, etc., see proficiency in French as a career asset. Additionally, there are excellent positions in teaching, translating, and interpreting. Knowing French will also improve your chances of communicating in a non-English speaking country because it is the foreign language of choice for so many people worldwide. French can be used to communicate online and for making friends throughout the world.

Q.1 Is French in demand in India?

Ans. French is a crucial language in administrative and business contexts in nations including India, Egypt, Lebanon, Greece, Poland, and Brazil. Even in nations where it is not the official language, French is nonetheless quite important.

Q.2 Is it worth learning the French language?

Ans. The second most useful language for business is French. You become smarter by studying French. One of the top ten majors most likely to increase incomes and decrease unemployment is French. You get more creative studying abroad in a French-speaking country.

Q.3 What is the scope of the French translator?

Ans. There is a huge demand for French translators in India. Salary ranges between ₹ 3.0 Lakhs to ₹ 12.4 Lakhs with an average annual salary of ₹ 6.0 Lakhs.

Students who have undergone a French immersion program abroad are more likely to find employment both overseas and domestically. Speaking French gives job seekers access to French corporations like L’Oreal, Renault, Auchan, Chanel, Cartier, and many more, which is a huge advantage in the global employment market.

Ans. It can be said that, historically and culturally, French has become more difficult than English, though less so because of its inherent qualities and more so because of the models and usage rules that have been imposed on it, even though they are appropriate for formal or written uses of the language.

Q.5 When was French first introduced in India?

Ans. With the acquisition of property at Chandernagore from the Mughal Governor of Bengal in 1673, the French colony in India got underway. They bought Pondicherry from the Sultan of Bijapur the next year. Both became become the French’s marine trade hubs in India.

Hello folks, welcome to my Blog!
By profession, I am a Software Testing Engineer. But my zeal for research and writing has landed me in the writing club. So, I can say that from testing web applications, I have switched to searching web applications to write more and more on the subject related to my blogs. I am excited to restart my career in writing. 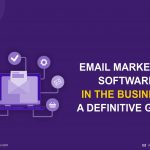 Email Marketing Software in the Business: A Definitive Guide 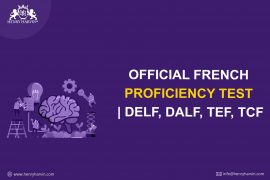 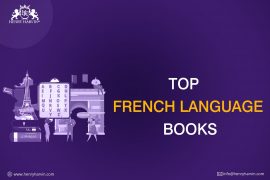 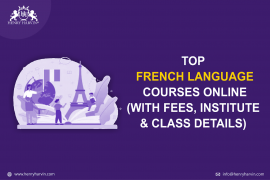