Discover The 20 Best Selling Books Of All Time 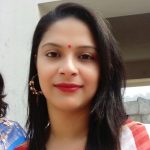 Are you searching for the best-selling books of all time? This page will provide the name list of some valuable books.

Books, with their ability to educate and entertain, have become almost indispensable since Gutenberg perfected the printing press in 1440. Google Books estimates that approximately 130 million good reads have been published in the intervening centuries, highlighting the importance of the written word.

Few of the best books readers prefer to read in record numbers.

No single source has consistently tracked book sales over the centuries, and religious books such as the Bible and Quran have been omitted because so many are disturbed for free. What do you reach for when you’re ready for a read? If you want to join some of the world’s best readers, you should read a best-seller.

Best-seller lists change over time, but some works endure. Children’s books, classic novels, and contemporary works of fiction are among the best-selling books of all time. Any book on this list will satisfy you if you need help deciding what to read next.

Top Best-Selling Books Of All Time 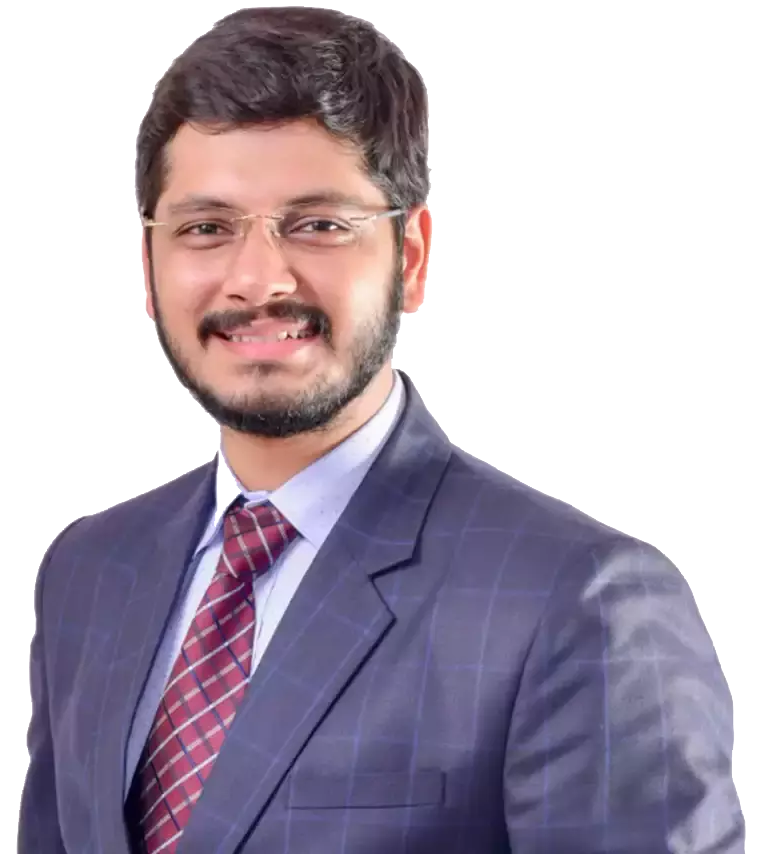 A Tale of Two Cities is another classic work set during the French Revolution. The book delves into the complicated historical period through the characters’ family histories.

A Tale of Two Cities is the first preference in high school and college English curricula. Approximately 200 million copies sold illustrate the popularity of this classic novel. It is indeed a classic tale to make it best-selling book of all time.

2. J.R.R. Tolkien’s The Lord of the Rings: The Fellowship of the Ring

The Lord of the Rings: The Fellowship of the Ring is the first episode in a world-famous trilogy. This epic story follows Frodo, a young hobbit, as he journeys on an epic quest to find and destroy the ring. The adventures of Frodo and Bilbo Baggins are still popular among readers.

3. The Little Prince by Antoine de Saint by Exupery

Even though it is a children’s book, The Little Prince is also adored by adults. In this tale, an airplane pilot crashes into the desert. There he meets a little prince who requests him to draw a sheep.

Harry Potter and the Sorcerer’s Stone, J.K. Rowling’s first book, captivated the world. It follows orphan Harry as he discovers his family history in the Wizarding World.

The fantastical world of Hogwarts School of Witchcraft and the characters Harry meets along the way launched a literary empire. The Harry Potter sequels are also on the bestseller list, and they include the following:

Each book in the series sold approximately 65 million copies, but the original book sold over 100 million.

Do you get the chance to do what you do best daily?

Most likely, you don’t get those opportunities. All too often, our natural abilities go unnoticed. From the cradle to the cubicle, we spend more time fixing our flaws than developing our strengths.

Gallup introduced the first version of its online assessment, StrengthsFinder, in 2001 to help people discover their talents, sparking a global conversation and assisting millions in finding their top five skills. Gallup unveils the new and improved version of its popular assessment, the language of 34 themes, and much more in its latest national bestseller, “StrengthsFinder 2.0.” While you can read this book in one sitting, you will refer to it for decades.

Katniss Everdeen has made it through the Hunger Games twice. But even though she made it out of the bloody arena alive, she is still in danger. The Capitol is outraged. The Capitol seeks revenge. Who do they believe should bear the brunt of the unrest? Katniss. Worse, President Snow has repeatedly insisted that no one else is safe. Neither Katniss’s family nor her friends, nor the people of District 12, were avoided. This thrilling final installment of Suzanne Collins’s groundbreaking The Hunger Games trilogy promises to be one of the year’s most talked-about books.

7. Agatha Christie’s And Then There Were None

Every page of this classic work by mystery writer Agatha Christie keeps readers guessing. The story begins with ten strangers being summoned to an island where they are murdered.

It is a classic whodunit story with a twist of terror. Few people who read it for the first time can figure out who the murderer is, making it an intriguing story.

Anastasia Steele has broken off her relationship with Christian Grey, the beautiful, tormented young entrepreneur because she is intimidated by his bizarre tastes and dark secrets.

But Anastasia’s desire for Christian still dominates her every waking thought, and she can’t say no when he proposes a new arrangement. They rekindle their scorching sensual affair, and Anastasia discovers more about her damaged, driven, and demanding Fifty Shades.

It’s Nick and Amy Dunne’s fifth wedding anniversary on a warm summer morning in North Carthage, Missouri. Presents are wrapped, and reservations are made when Nick’s brilliant and gorgeous wife disappears. With cringe-worthy daydreams about the slope and shape of his wife’s head, Husband-of-the-Year Nick isn’t doing himself any favors. Still, passages from Amy’s diary reveal the alpha-girl perfectionist could have put anyone on edge.

Under increasing pressure from the police, the media, and Amy’s adoring parents, the town’s golden boy parades a never-ending string of lies, deceptions, and inappropriate behavior. Nick is strangely evasive and bitter — but is he a murderer?

The first book in the Chronicles of Narnia series is still considered one of the most famous works of literature. Since its initial publication, it has sold an estimated 85 million copies.

At first glance, The Lion, the Witch, and the Wardrobe appear to be a fantasy novel, but it is an intriguing allegorical story that mirrors the Christian faith.

Ana and Christian now have it all: love, passion, intimacy, wealth, and a world of opportunities ahead of them. But, just when it appears that their combination will triumph over any obstacle, misfortune, malice, and fate conspire to make Ana’s deepest fears come true.

After the motion picture on the second book in the Robert Langdon series was filmed, it became a best-seller. As the main character attempts to solve a murder and a series of clues left behind, this book reveals a hidden world.

The Da Vinci Code is a page-turner full of twists and turns. The central premise is that Leonardo Da Vinci’s art and works contain secret codes that lead the characters on an unexpected quest.

Despite the tumor-shrinking medical miracle that has spread her life, Hazel has always been terminal, her final chapter written upon diagnosis. But when a stunning plot twist named Augustus Waters appears unexpectedly at Cancer Kid Support Group, Hazel’s story is about to be rewritten entirely.

“The Fault in Our Stars” fantastically explores the funny, stimulating, and tragic tale of being alive and in love. It is insightful, bold, irreverent, and raw. Personally, this is one of my favorites in the collection of best-selling books of all time.

Rachel takes the same commuter train to work every morning and evening. Every day, she rattles down the track, flashes past a row of cozy suburban homes, and comes to a halt at the signal that allows her to see the same couple breakfasting on their deck daily. Rachel even started to feel as if they were familiar to her. She thinks of them as Jess and Jason. Their life, in her opinion, is perfect. Not unlike the life she had just lost.

Charlotte’s Web by E.B. White  He arrives at a farm only to discover that his fate is to become dinner. He joins Charlotte, the spider, and the two work together to save his life. Though talking farm animals may seem far-fetched, Charlotte’s Web is a magical story of friendship passed down through generations.

A horse’s life is complicated, especially in early twentieth-century London, and this story explores that from the horse’s viewpoint. Black Beauty is a classic piece of children’s literature that is both tragic and heartwarming. Prepare to complain about Beauty and his friends, but rest assured that this novel concludes happily.

Louis Zamperini was an incorrigible delinquent as a child. He routed his defiance into running as a teenager, discovering a prodigious talent that carried him to the Berlin Olympics. When World War II broke out, the athlete enlisted as an airman, embarking on a journey that culminated in a doomed flight on a May afternoon in 1943. Against all odds, Zamperini survived the crash of his Army Air Forces bomber into the Pacific Ocean, adrift on a sinking life raft. Thousands of miles of open ocean, leaping sharks, thirst and starvation, enemy aircraft, and a more significant trial awaited Zamperini. His fate, triumph or tragedy, would hang on the fraying wire of his will.

Zamperini would respond to desperation with ingenuity, suffering with hope, resolve, humor, and brutality when pushed to his limits.

You cant complete the list without the book Kill a Mockingbird. When it was first published, this Pulitzer Prize-winning novel topped the New York Times bestseller list.

To Kill a Mockingbird is a story set in Alabama. It explores childhood, innocence, and the best and worst of human nature.

19. “Who Moved My Cheese?” Spencer Johnson’s

Most people are afraid of personal and professional change because they have no control over how or when it occurs. Because change occurs either to or by the individual, Dr Spencer Johnson, coauthor of the multimillion-selling “The One Minute Manager,” uses a deceptively simple story to demonstrate that when it comes to living in a rapidly changing world, your attitude is what matters most.

“Who Moved My Cheese?” can help you discover how to anticipate, acknowledge, and accept change to positively impact your job, relationships, and every aspect of your life by exploring a simple way to overcome the fear and stress of managing the future.

Few children’s books are as popular as this brightly colored one. Eric Carle’s lovely artwork depicts the life cycle of a butterfly.

After a day of overindulging, children and adults appreciate stomach aches, and the colorful illustrations appeal to all readers.

The best-selling books of all time have compelling storylines and frequently touch on a topic of interest in society. If you want to read something interesting, pick any of the books on this list and start reading.

Each of these books, from children’s books to epic novels, has left its mark on the world of literature. Add one to your collection for self-gratification.

Ques1. What is the best-selling book in history?

Ans: The Bible is the best-selling book of all time, according to Guinness World Records, with an estimated 5 billion copies sold and distributed as of 1995.

Ques2. Who are the publishing industry’s big five?

Ques3. Who is the world’s most prosperous author?

Ans: Elisabeth Badinter’s net worth is estimated to be $1.3 billion, making her the world’s most prosperous author of all time.

Hey, Thank you for showing your interest in my blog.

My name is Ananya Chatterjee, a teacher by profession. I am a seeker of knowledge and love writing. 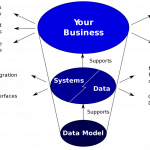 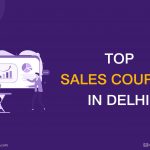 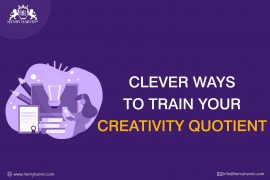 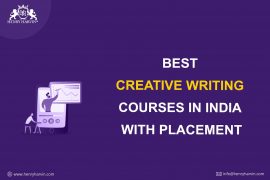 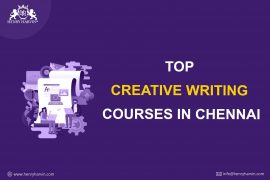 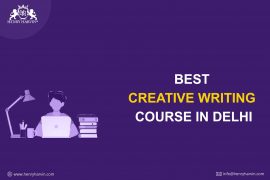 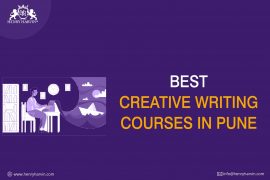 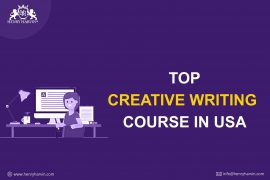