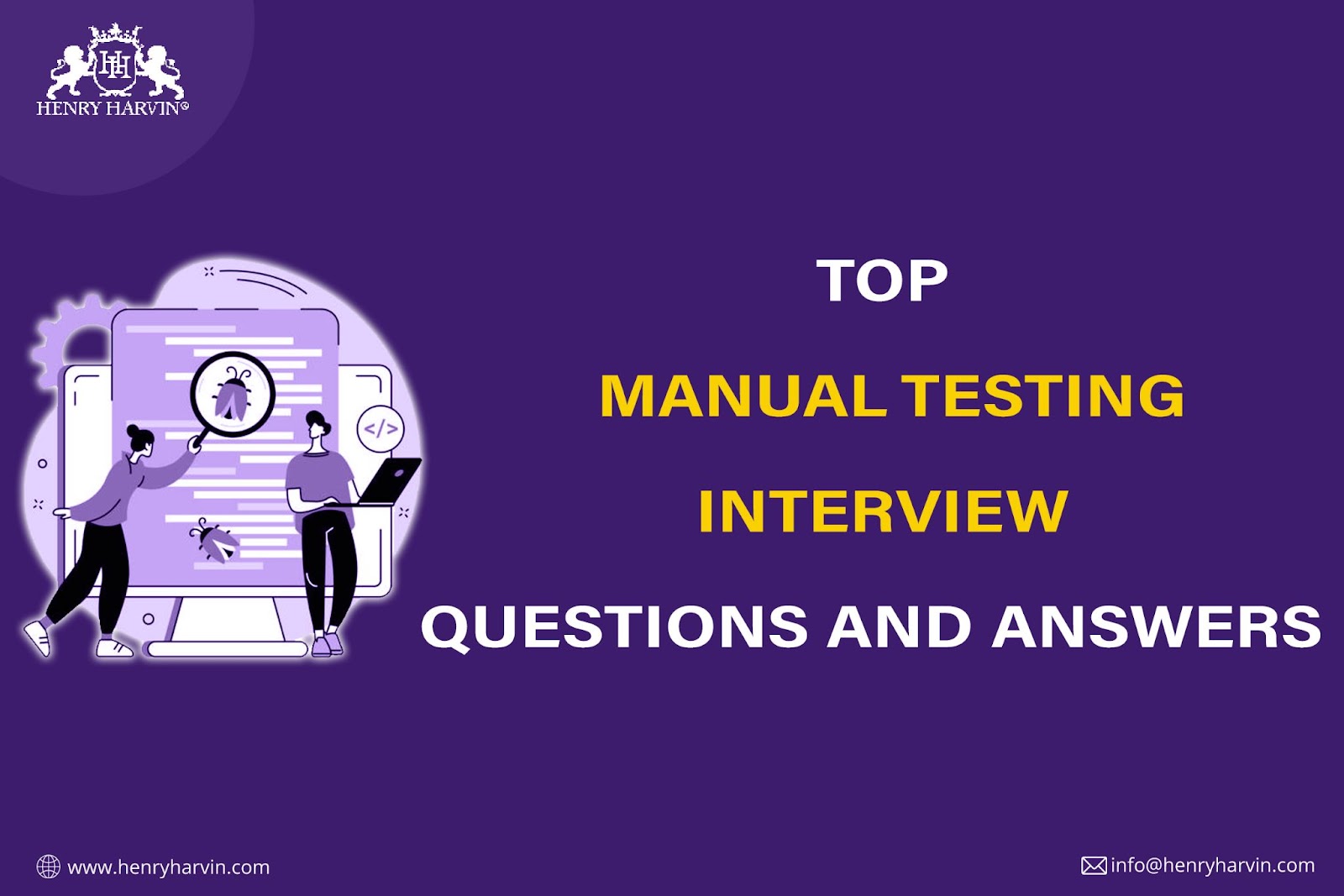 Preparing for a Manual Testing Interview?

In the present world, the advancement of digitization has led to the revolutionization of digital products which are enabled with software. These products have made our lives easier. The activities that were earlier carried out by humans are now automatically performed by digital products with minimal human intervention. Therefore, to build the software that is installed in these digital products, we have to follow certain steps. This is called the software development life cycle(SDLC). This cycle has mainly five phases. And indeed, one of the phases in SDLC is the software testing phase.

A peek into Manual Testing

Software testing is the process of finding bugs or defects in the developed product. This testing is performed to compare the expected outcome with the actual outcome of a particular task in the system, or a process and report the errors found in the system. This software testing can be performed by executing the system/software components using manual or automated tools. Further, it depends on the requirements whether to use manual testing or automated tools. In fact, there is a lot of demand for candidates with skills pertinent to manual testing. Hence, given below are the manual testing interview questions that will come in handy before attending an interview

1. Why is software testing required?

IT companies develop software, but everyone wants to develop error-free products. There are several reasons to test the software before software deployment

2. What is manual testing?

Manual testing is a process that is conducted with the intention of finding the defect, then fixing the defect. So that, we can enhance the quality of the application.

3. What are the three prime methods of manual testing?

4. What are the types of black box testing?

6. Describe the types of Functional testing?

Positive functional testing: In this type of testing, we give valid input to the input field and verify whether the outputs are correct or not.

Negative functional testing: This testing is used to identify the behavior of the software performance when unintended input is passed as an input to the software.

7. What are the examples of functional testing?

8. What is the difference between Re-testing and Regression testing?

9. What are the types of Non-Functional testing?

Usability testing: It is also a type of non-functional testing in which testers test the feasibility of the software to be used by the end user.

11. What do you mean by the feasibility of software in usability testing?

12. What is the difference between Smoke testing and Sanity testing?

Beta Testing is pre-release testing and is done before the release in the market. It is the last stage of testing. When the software passes Beta Testing, it can be successfully released to the general public.

15. List a few differences between Alpha and Beta testing.

Use cases describe the functional requirements of software from the end user perspective. They are generally created by a business analyst. Use cases help the developers and testers in understanding the application well.

17. How is the test case different from the test scenario?

18. What is a testbed in manual testing?

The testbed is the environment where the application can be tested. It is a combination of hardware and software. It includes a processor, RAM, operating systems, browsers, databases, etc.

19. How is software testing different from debugging? List a few differences.

A few of the main causes of the defects are human errors, code complexity, time crunch, environmental conditions, and heterogeneous and interconnected technologies. So, it is important to understand how the bugs enter the system in the first place. So that we can prevent new defects and detect the existing defect.

21. What is the difference between severity and priority?

The impact caused on the business workflow due to the bug in the software is called the severity. If a bug has been raised and its impact is more, then it is a high severity bug. If the impact of the bug on the customer business is less, then it is called a low severity bug.

22. What is the difference between a project and a product?

23. How will you confirm if the application is meeting all the requirements?

If all the test cases are cleared and if there are no open defects, then we can confirm to the client the application has met all the requirements.

24. How will you identify related functionalities in regression testing?

As per the decision table, we can identify the functionalities that are interrelated. And, once the bug is fixed we will refer to the decision table and execute the test cases accordingly in the part of regression testing.

All the testing cases are passed and if there are no open issues, then only the testing will be stopped. This is as per the traceability.

When there is not enough time, we will test functionalities that are important by selecting them randomly. And, later we verify if the application is working properly or not according to the customer requirements.

However, the Testing team will give conditional sign-off for the production release.

But, if we have more time, the tester will do random testing on the functionality and intention to break the application functionality

27. What is the use of the test plan, and what are the different sections in it?

A test plan is used for scheduling the testing activities from the beginning to the ending with clear dates and with the scope of testing. The different sections are resource requirements, software, hardware, defect management, traceability matrix, and risk and contingency plan.

The different phases involved, like the identification of a bug from the starting to the ending, are called the bug life cycle. Accordingly, the phases include New, reject, deferred, open, fixed, reopen, and, closed.

29. What is the testing life cycle?

If a tester is not able to fix the bug in the current release, due to lack of time. Whereas, he will be fixing it in future releases. And hence, the development team will be giving the status as deferred.

31. What is the difference between verification and validation?

The quality assurance technique is nothing but verification. And, here we verify if all the documentation is according to the requirements or not. The quality control technique is nothing but validation. Here, we will perform text executions and verify whether it is working according to the requirements or not.

32. What are the drawbacks of the waterfall model?

It does not have a verification technique

whenever there is a change in the existing requirement, it should be started from the beginning again.

There is no bottom to up.

If the requirements are unstable, then time and budget will be very high.

33. Which reports are sent from the testing team?

34. What are test case design techniques?

35. what are the different metrics?

Due to lack of time, the development team will not be able to develop the module which is used for integration between multiple modules. However, they will use temporary programs calling them stub in the top-down approach and the driver as a bottom-up approach.

37. What are the responsibilities of the product owner(PO)?

38. What is a test closure report?

39. What is the difference between static and dynamic tests?

40. What are the fields in a bug report?

41. What does video/audio-related testing include?

42. What does mobile application testing include? Explain briefly.

43. How to get maximum productivity from an offshore team?

44. If you do not have input documentation for testing. How do you overcome this challenge?

If certain standard documents like Functional Specification Document(FSD) and Business Requirement Document(BRD) are not available, then, the tester has to depend on some other points for reference.

45. What do you mean by configuration management?

Configuration management (CM) is a process of systems engineering that constantly maintains system resources, servers, computer systems, software, and product performance. The configuration Management system records the changes made in the system. And ensures that the progress of the system is as intended even though changes are made over time.

46. What are release notes?

When the tester gives the software to the end user. he will give a release note to the consumer. This release note consists of

47. How is bug leakage different from bug release?

When the end user finds the defects in the software, which was released into the market is called bug leakage. Since these defects were not identified during software testing and carried along with the software.

On the other hand, when a particular version of the software is released in the market with defects that are known already and are intended to get fixed in the later stages. This is called a bug release.

48. What is the requirement traceability matrix?

Requirement Traceability Matrix(RTM) is a table that associates high-level requirements with any of the detailed requirements, test cases, or test plans. requirement traceability matrix helps in making sure 100% test coverage.

49. What is the software testing life cycle?

The number of activities (tasks) performed during the testing of software is called the software testing life cycle. In this, the software has to go through six different stages

The test harness is the gathering of all test scripts and test data that are associated with unit testing and integration. Although, this involves drivers and stubs that are needed for testing software components and integrated modules.

The software testing course certification by Henry Harvin is meant for developers from beginner level to intermediate levels, who want to gain knowledge and skill by implementing tools and testing techniques for their project development. This certification is a series of courses that helps to master and gain knowledge in software testing and coding. This course curriculum will improve your learning experience as a software testing expert. Upon completion of the course, you will be career-ready with an applied learning experience. You will be able to communicate your start-up ideas to the developers in a better way.

Manual testing is a part of software testing, and this software testing is a crucial component of software development. While doing manual testing, the test engineer needs to be patient and creative. Here the tester should play a role similar to the end user and execute all the test cases as per the customer’s point of view. This manual testing plays a vital role while testing software applications. In fact, it is one of the most satisfying and challenging jobs in the IT industry. This paper consists of carefully collected manual testing interview questions which will help the candidate to get ready for the interview.

Q. 1 What is the expected entry-level salary for a manual tester?

A. The starting average salary in the field of manual testing is around 3 lacs per year, but once you gain experience for 2 to 3 years, the salary may vary between 4 to 6 lacs per year.

Q.3 What are the skills needed for a manual tester?

A. The test engineer/tester should be able to create clean reports. He should also be attentive and picky. Besides this, he should have good analytical skills, technical testing ability, planning, and a few more qualities.

Q.4 Which are the best institutes that provide manual testing courses?

I am Swetha. Being an Enthusiastic and self-motivated learner, I have Graduated in Electronics and Communication Engineering with a Master’s in Real-Time Embedded Systems. Later worked as a lecturer in an engineering college. Currently, I am pursuing my internship at Henry Harvin. So, here I am to share my thoughts and explore my passion for writing. 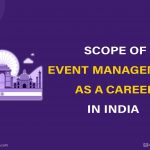 Scope of Event Management as a Career In India in 2022 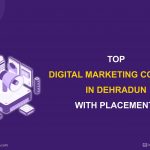 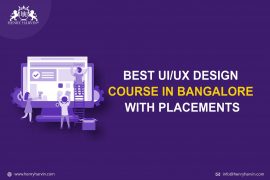 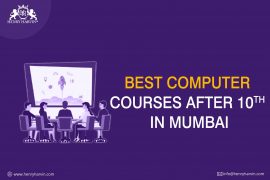 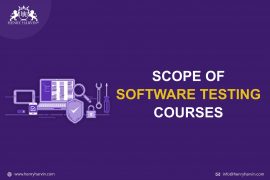 Scope of Software Testing Courses in 2022 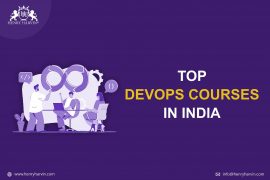 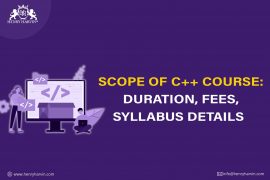 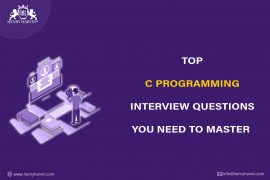