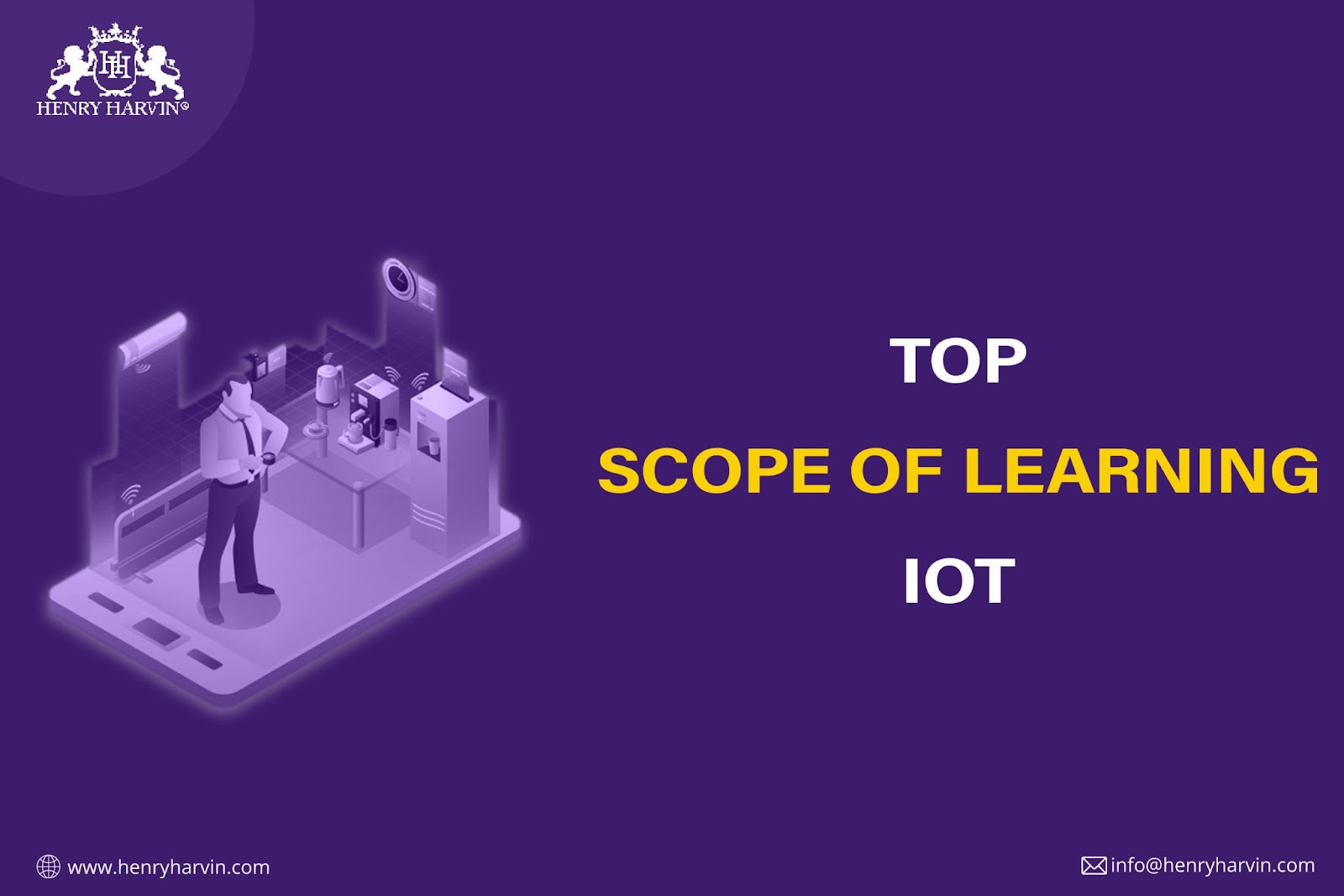 IoT, complete form being the Internet of Things, defines the group of physical objects with software, sensors, processing ability and several other technologies.This helps establish a connection and transfer data with other devices over the internet. The scope of learning IoT in 2022 is immense.

IoT is considered malapropism since the devices connected to any network need to be solely addressable, which means the devices need not be connected to the public internet. With the advancement in AI and learning through machines, the prospects in IoT have risen remarkably.

The scope of IoT is never ending and infinite in the future. Some examples of IoT are refrigerators, air conditioners, and smart TVs which are used regularly. For the proper functioning of these devices, specific instructions are sent across with the help of applications on our smartphones.

Specific handy and easy-to-use devices such as smartwatches and wristbands are used to record and display blood pressure, heart rate, and walking distance.

As the famous saying goes by

“IoT will stump IT until clouds and big data come aboard”

How does an IoT work?

Smartphones, local area networks, cloud servers, internet and user applications arE certain gadgets combined to form IoT. The IoT devices are linked with the help of a local network. With the help of the internet, the required information is passed on to the cloud servers. The end user application is the information supplied. The learning provided is mutual interactivity which further guides through all the operations in the IoT systems.

Components in the IoT

These four components combined, guide the usage of IoT devices thereby increasing the scope of IoT.

There are several scopes of IoT learning which lead to considerable growth in several sectors . There are certain fields of growth and their scopes which are as follows:

Scope of IoT in Healthcare:

There are several scopes of the Internet of things in healthcare. It is proven to be one of the best-used technologies in the healthcare industry so far. Progressive amenities are provided to patients, doctors and researchers which has to lead to impressive progress in this industry.

Services such as smart analysis, wearable tracking health care devices, etc look into the health of patients and sends it across to the physicians.

There are certain reasons why IoT is used in the healthcare industry. These can be:

IoT devices helps in manual error reduction for precise and on-time results and reports of patients. The analysis provided by the devices and gadgets can lead to error-free reports which lead to a perfect hassle-free lifestyle compared to manual analysis.

Manual diagnosis is an elaborate processand requires expensive equipments and additional hospital charges. This is where IoT devices play their role at cost reduction. This in turn also paves the way for timely, quick diagnosis as well as reduced hospital congestion.

In certain areas where the healthcare facilities cannot reach, the IoT devices and services can access hassle-free.

By wearing the IoT devices, the real-time details regarding the patient can be submitted by the computer to the doctors as per the requirements. Thus IoT reaches out the inaccessible locations and provides the ease to communicate.

Scope of IoT in the field of Agriculture:

There are three essential needs of a human; Food, Clothing and Shelter. Out of this, food is one of the basic and important needs for survival for any human. With the increase in population, there needs to be an equivalent increase in food supplies too, which comes from the agricultural industry itself.

The increasing population has become a challenge for the agricultural industry. Since there are several continuous changes in climatic conditions and geographical conditions, the food supplies get affected too.

Here too, IoT plays a vital role with the help of precision farming, agricultural drones, smart farming apps and much more. Below are the details discussed regarding the IoT in Agriculture.

Precision farming and its scope in IoT

In the present day scenario, communication and information technology have got a vital role to play in agriculture since it is an important tool for smart farming. IoT-based devices are used to observe crop-covered fields. With the increase in technology, the sensors help in measuring the moisture in the soil, as well as the humidity and temperature. With the automated irrigation system paving in, it also helps on usage of water effectively. This is how precision farming helps in keeping a track of the crops and thereby increasing productivity. All this and much more makes farming and the work of farmers easier than before.

Usage of drones in agriculture

IoT has helped growth in agriculture and farming with the usage of drones. Some of the major tasks of drones include planting crops, spraying pesticides, irrigation of fields etc. Drones make it easy for farmers and agriculturists to track the condition and health of the crops in fields. IoT devices thus play a major role in the making of drones.

Smart greenhouses and their scope in IoT

Greenhouse farming is the process of growing or farming crops in a covered and sheltered area. The area is covered completely or partially by transparent material. This provides favourable conditions for the crops to grow without any hindrances such as harsh weather, pests etc, thereby paving way for the good productivity of crops. Manual involvement is required to keep a check on the factors needed for the growth of crops. The increasing technology has led to the growth of IoT-based greenhouses which has sensors, climate control etc as their features.

Communication through the internet leads to getting hold of accurate information with regards to the environment. This then further leads to the device getting trigged by the actuators which in turn control the greenhouse heaters, fans, windows and lighting to tally with the environment.

Scope of IoT in the Automotive Industry

In the present era, the automobile industry has got a sudden boost with IoT going hand in hand in this field. The creation of automatic self-driven vehicles has been the biggest growth in the automotive industry. This has brought several changes in this industry. This is when self-driven cars were invented by engineering experts to ensure error-free smooth rides.

Several brands promote and develop self-driven cars, of which some are Tesla, Google, Audi etc. Internet of things, Deep learning, Artificial Intelligence, Data Science etc are included in these self-driven cars and other such vehicles.

IoT computers are thus programmed in such a way, that they can build an infrastructure which will help in guiding the making of self-driven vehicles.

HD cameras, smart navigators, speed controllers, rain controllers, proximity sensors etc. are a few known IoT products. On entering the current location and destination, the GPS trackers in any vehicle guide through the location of the target by guiding and finding the shortest path to any location. The installed cameras guides to capture the visuals from a certain area and then sends the data to the AI-based systems.

These systems further, interpret and visualise the data from the environment and guides the self-driven vehicles accordingly.

Similarly the speed is controlled by the speed controllers and proximity sensors guide through the proximity of the vehicles and much more.

This leads IoT to play an important role in the automotive industry providing several opportunities.

India is one of the developing countries and has got a wide scope of IoT growth near future. As per several job portals online, the acquirements in the area of work are enormous. Along with this, the USA has got an increase in IoT by a margin of 300% and more.

These days every electronic device comes with a pre-installed IoT system. Which is one of the reasons for the good future for IoT systems globally.

Any electronic product, for example, a computer, always comes with existing and previously installed IoT. So all of the pre-installed requirements in any electronic item are one the major reasons for a promising future.

The average salary of IoT developers in the United States goes up to $1,64,417 annually. Whereas the average annual wages in India go up to 850,000INR annually.

Henry Harvin is one of the well-known institutes, it provides courses guiding us through IoT. The courses are taken up here brief us about the basics of the Internet of Things( IoT). This course teaches the candidates about execution and understanding of the data collected.

The course guides through the changes coming up with IoT technology and its executions as well. this course teaches us several duties and jobs of an IoT developer.

The IoT course curriculum is divided into 10 modules and 2 complimentary modules.

They are as follows:

This is how we get to know about the learning benefits of Henry Harvin’s IoT courses.

The courses are conducted in cities like Agra, Allahabad, Surat, Bhopal and a few more.

Henry Harvin is known to provide several benefits on the completion of courses. On completing the course there is a scope for a career as an IoT solution engineer. One can also make several decisions as a business individual. After course completion, there are options of becoming a certified IoT solution engineer. The course completion certificate enhances the scope of improving the CVs on LinkedIn and other job portals. This in turn boosts their profile hence leading to good job openings.

With the passing years, there has been an increase in technological advancement. This, in turn, have to lead to several new ways and methods of operation of electronic devices. The ways of connecting one device to another such as smartphones to desktops, laptops, smart televisions etc have been a boon for boosting IoT services. This is when it there have been advancements in internet usage options such as wifi, mobile data etc. After the progress in wifi, there have been increased the scope and methods of communication throughout be it on land, sea, or air.

With the increase in internet usage from one device to another, there needs to be an increase in security and protection as well. This is when the government needs to keep a vigilant eye as to the usage of data and where all it is being shared and used.

Q.1 How good is the scope of IoT in India?

Q.2 What are some of the best-known areas of IoT application?


Some of the well-known areas of applications are Farming, wearables, smart homes, and much more.

Q.3 How good is IoT in terms of growth?

IoT is growing in leaps and bounds in customer-faced settings such as manufacturing, retail and healthcare as well as industrial backgrounds.

Q.4 Is IoT hardware or software?


IoT is implemented by using both hardware and software elements or components.

I am a homemaker, and a mother to a 2 year old. I have completed my certified content writing course from Henry Harvin. Since I am fond of reading books, I like to pen down my thoughts and emotions. An ardent reader and a learner, I love to know about things and write about them. 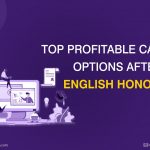 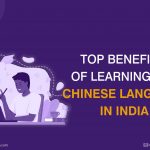 10 Great Benefits of Learning the Chinese Language In India 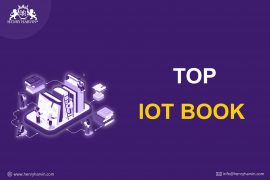 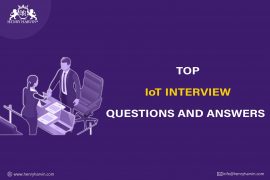 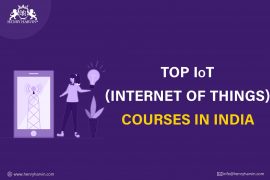 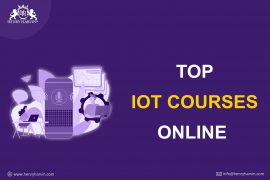