Home > SQL Blogs | Learn More About SQL > What is SQL? Learn SQL Basics, SQL Full Form and How to Use 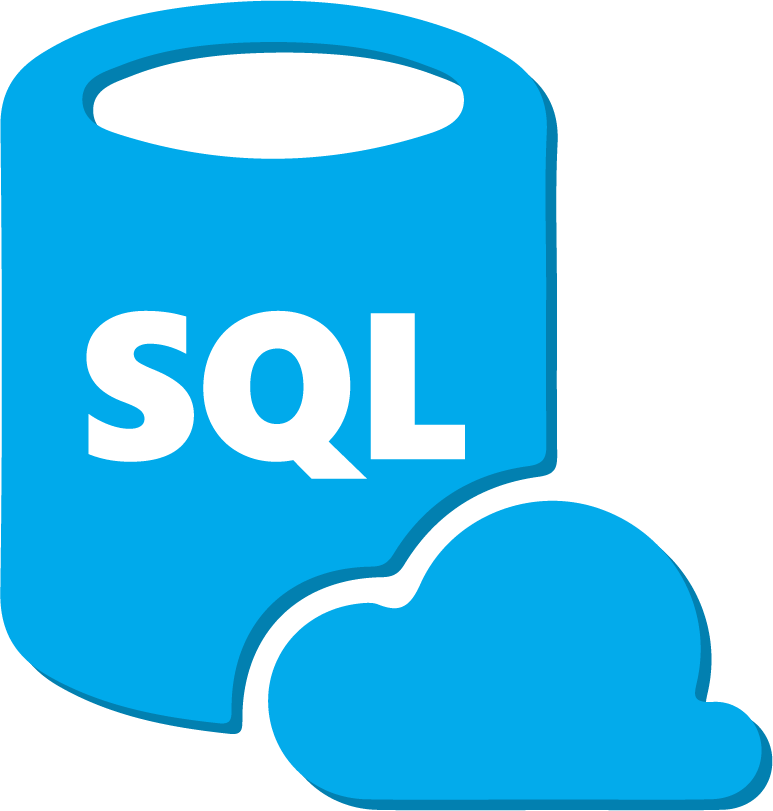 What is SQL? Learn SQL Basics, SQL Full Form and How to Use

We find almost all the information stored in some type of database on the internet that is easily accessible. A vast majority of data, including personal information, is stored digitally in a server operated by some companies. This data is used and manipulated to make it accessible and convenient, and the medium that is used to do such operations is called SQL.

SQL means Structured Query Language, pronounced as “S-Q-L” or sometimes as “See-Quel”. SQL is a standard language for dealing with Relational Databases and can be used to insert, search, update and delete database records. SQL can do lots of other operations too.

Let us know more about SQL:

SQL stands for Structured Query Language. It is the standard and most widely used programming language that lets you access and manipulate databases. It is a domain-specific language that is used to manage and organize data in all sorts of systems in which various data relationships exist.

It enables the same database to be run on several computers at the same time. It consists of the following sub-languages for carrying out different operations:

Henry Harvin Academy has a complete SQL Developer Course for knowing all the basics of SQL and practical use of them.

The Henry Harvin SQL Developer curriculum is well-designed by the subject matter experts. It is curated to make you ‘Industry ready’ to meet the challenges of the job market & enjoy a handsome salary hike.

The 16-Hours Live Online Interactive Classroom Training program is designed to make you a Certified SQL Developer with updated Study Materials and Recorded Videos of the Session. You also get 1-Year Gold Membership Of Henry Harvin® Coding Academy with access to the Learning Management System (LMS) and an opportunity To Work with Industry Top Brands.

An SQL developer must decide what type of data will be stored when creating a table. The data type is a guideline for SQL to understand what type of data is expected inside each column, and it also identifies how SQL will interact with the stored data.

Each database system has its SQL extension.

For example, SQL Server uses T-SQL, which is a SQL extension. Oracle uses PL-SQL, MySQL and MariaDB use SQL/PSM.

PSM (Persistent Stored Module) is an ISO standard for stored procedures. Teradata and Informix use SPL, and there are several different extensions used by different System Databases.

Suppose you want to perform the queries of SQL language on the stored data in the database, then you are required to install any database management system in your systems, for example, Oracle, MySQL, MongoDB, PostgreSQL, SQL Server, DB2, etc.

For creating a database, there are different commands.

A database is made up of a collection of tables that store a detailed set of structured data. The tables have collections of rows and columns, referred to as records or tuples, and attributes.

Each column in the table is designed to store a specific type of information, for example, names, dates, dollar amounts, and numbers.

SQL database is the leading Programming language for relational databases and is Ranked No 1 by ANSI (American National Standard Institute). Given below is a list of the famous database:

An SQL engine determines how to perform the task when you execute an SQL command to carry out your request. The Important components of this process are:

A classic query engine allows it to manage all the NoSQL queries.

Knowing SQL basics let us simultaneously learn something about NoSQL.

‘NoSQL’ stands for ‘not only SQL’. A  ‘NoSQL database’ typically refers to any non-relational database and stores data in a format other than relational tables. It is an upcoming category of Database Management Systems.

The main characteristic of NoSQL is its non-adherence to Relational Database Concepts. The concept of NoSQL databases grew with internet giants such as Google, Facebook, Amazon, etc. who deal with gigantic volumes of data.

When we use a relational database for massive volumes of data, the system starts getting slow in terms of response time. To overcome this, we normally “scale up” our systems by upgrading our hardware. As an alternative, we distribute our database load on multiple hosts with the load increase, and that is called“scaling out”.

Some important elements of SQL language are:

SQL lets you work with data at the logical level. You need to be concerned with the implementation details only when you want to manipulate the data. The power of SQL provides benefits to all types of users, including application programmers, database administrators, managers, and end-users.

There are many uses of SQL, the most common are creation, improvements, and maintenance. It is one of the earliest known database management systems, streamlining the process of data collection, storage, and retrieval.

SQL statements are used to perform tasks such as updating data on a database or retrieving data from a database.

We can use them in:

The standard is divided into several parts numbered from 1 to 14. Some of them were never released (part-5 to part-8 and part-12). Leaving the meta-part (part-1) aside, part-2 (the SQL language), part-11 (Information Schema) and part-14 (XML) became widely implemented. Other parts could never come to the mainstream. Part-15 (MDA) has just been released and it will be too early to say whether it will become widespread or not.

The details are as given below:

Part 1 – Framework- A rough overview and some definitions of commonly used terms. The 2011 version of this part is available for free from ISO.

Part 2 – Foundation- Defines most of the SQL languages.

Part 10 – Object Language Bindings (SQL/OLB)- Defines how to embed SQL statements into Java programs. This is not JDBC, which treats SQL statements as strings.

Part 13 – Routines and Types Using the Java Programming Language (SQL/JRT)- Defines how to run Java inside the database.

Part 16 – Property Graph Query (SQL/PGQ)- In progress. Embeds parts of the new GQL-Standard in SQL. Probably release is within 2021 or 2022.

How to use SQL

SQL is used to communicate with a database. As per ANSI, this is the standard language for relational database management systems. SQL commands are used to perform tasks, CREATE, SELECT, DELETE, DROP, INSERT, etc. from a database or a table. SQL syntaxes used in different databases are almost similar. Few RDBMS (Relational Database Management Systems) use a few different commands and even proprietary SQL syntaxes.

We can start using SQL by downloading MySQL software. For this, we have to create our first database and data table.

Using the five basic SQL statements i.e. DDL, DML, DCL, TCL, and DQL we can manage working with our database.

Following are the main benefits or advantages of using SQL:

Some other important benefits are listed as below:

In this article, we learned about SQL, NoSQL, SQL commands, SQL language elements, and how SQL works. We also learned about 16 parts of SQL, its uses, and how to make use of its various features. We know that SQL is used to query a database, describe, define & manipulate data, and create and drop databases & tables through its commands using statements like DDL, DML, DCL, TCL, and DQL. The database approach has many advantages over flat file-based systems when it comes to storing data.

Q1.  What are a database and its relation with SQL?

We store our data in one form or another. We also use this data in numerous ways to get results. For example, when we log into a company’s website or platform, we provide our details field-wise. These data get stored in their database for further use.
SQL software manages these databases.  When you click on the submit button, SQL does its work at the backend and executes a command which instructs the database to store the data. Thus communication between registration form and database is in the language of SQL.

Q2. What is the SQL Data Type of a column in MySQL?

The data type of a column defines what value the column can hold. It can be integer, character, money, date and time, binary, and so on.

It is very simple and easy to learn. SQL is quite manageable and flexible, as it works with information base frameworks from Oracle, IBM, Microsoft, etc. It has a characterized structure and utilizes settled guidelines. It lets you oversee databases without knowing any part of coding.

Q5. Why does it make sense to learn SQL after NoSQL?

NoSQL databases are highly specialized systems and have their special usage and limitations. NoSQL suits more for those who handle huge volumes of data but there is a growing demand for professionals who can handle relational databases (SQL). Thus, learning databases and SQL basics still hold merit.

Q6. What specific advantages do relational databases have over NoSQL databases?

Q7. Where is SQL used in real life?

SQL is a great tool for interacting with databases and fetching vital data. Big companies like Netflix, Linkedin, Amazon, Flipkart, Instagram, and most of the Apps and day-to-day services like Ola, Uber use SQL for data collection and analysis for analyzing their performance. Even small startups are employing SQL for similar purposes. Sound knowledge of SQL is essential for a job in data analysis.

Q8. Can you suggest some courses or books to Learn SQL?

Course: To learn SQL, Henry Harvin provides a SQL Developer Course which is immensely effective. There are 7 main modules and 2 curriculum modules to cover the entire course. It is a 16 Hours of Live Online Interactive Classroom Sessions with a guaranteed internship.
Books: Following books are recommended:
1. SQL Tutorial for Beginners: In this SQL Tutorial for beginners PDF, you will learn basic Database concepts, MS-SQL commands, and advanced topics like SQL joins, Create, add and drop a table, etc.
2. SQL in 10 Minutes: This SQL book offers full-color code examples to help you understand how SQL statements are structured. You will also get knowledge of shortcuts and solutions
3. SQL Cookbook: In this SQL book, you will be able to learn the technique of walking a string that allows you to use SQL to parse characters, words, or delimited elements of a string.
4. SQL: The Complete ReferenceThis book includes important Microsoft SQL topics like Window functions, Pivoting rows into columns, reverse-pivoting columns into rows.
5. SQL Pocket Guide: A Guide to SQL UsageThe book teaches you how the systems use SQL functions, regular expression syntax, and type conversion functions.

SQL allows us to handle the information using tables. Most of the databases like SQL Server, Oracle, PostgreSQL, MySQL, MariaDB handle this language with some extensions and variations.
MySQL is a relational database management system based on SQL, which is the most popular language for accessing and managing the records in the database. MySQL is open-source and free software, supported by Oracle.
PL/SQL is a block-structured language with multiple blocks, such as conditional statements, loops, arrays, string, exceptions, collections, records, triggers, functions, procedures, and cursors.

Hi! I’m Shachindra Ghildiyal, from Dehradun, India. I am an engineer by profession and a writer by heart. I am a Certified Digital Content Writer. I write blogs and articles on Travel and Digital Marketing. 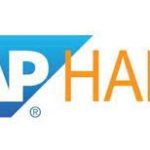 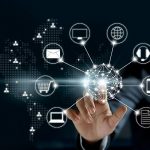 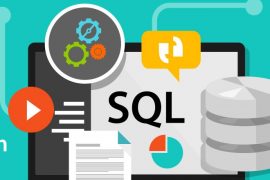 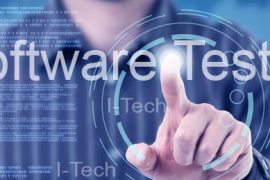