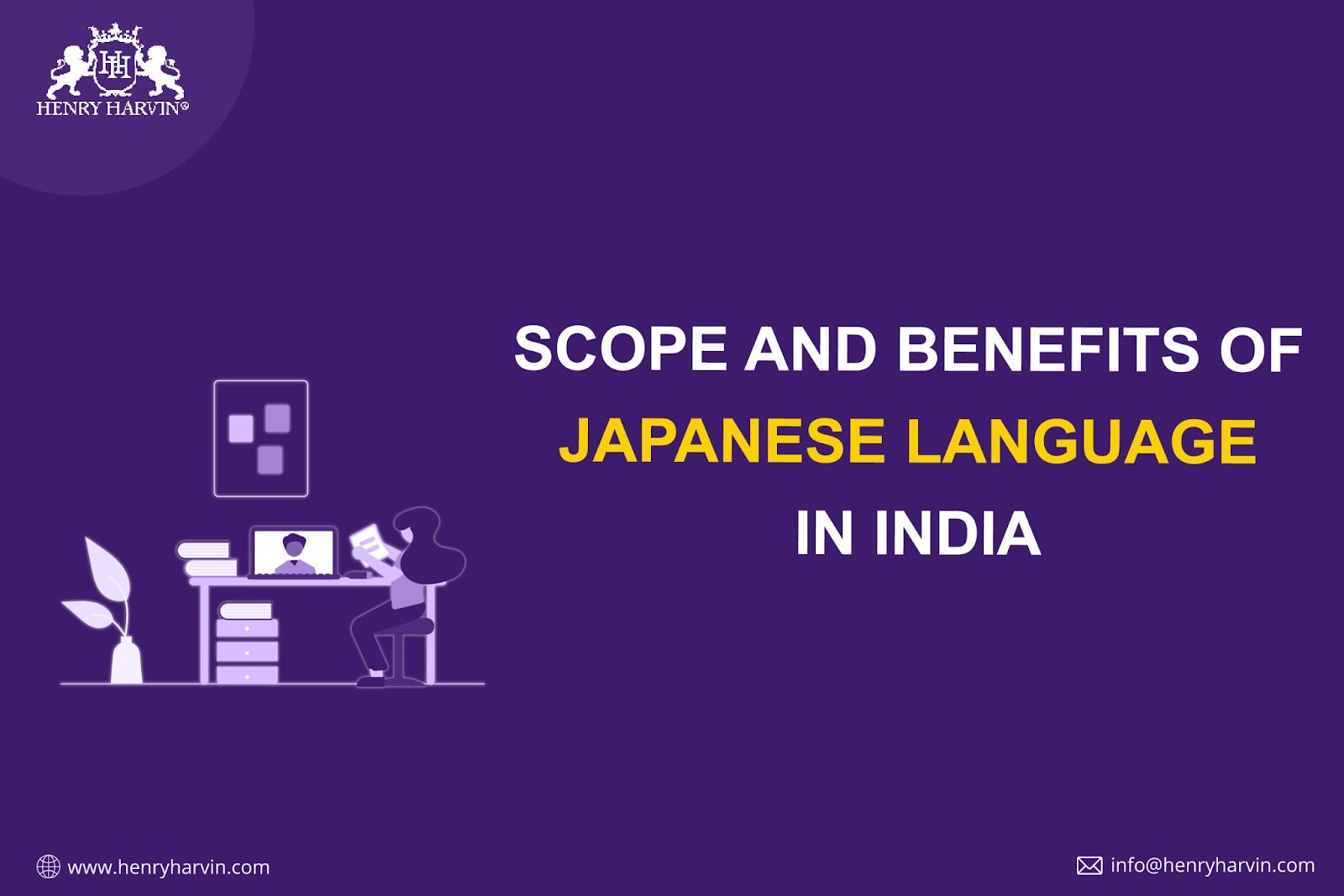 Scope and Benefits of Japanese Language in India

A NEW LIFE BEGINS WITH A NEW LANGUAGE

“Land of the Rising Sun” is an approximate translation of the word “Japan.” In Japanese, it is referred to as にほん (Nihon) or にっぽん (Nippon), and it is written in Kanji as 日本. In contrast to most spoken languages, Japanese is regarded as a “language isolation.” It means it has nothing in common with other languages. On the Ryukyu Islands, the Japanese language is spoken as well as several extinct and other languages and dialects.

Around 130 million people worldwide speak the Japanese language course, commonly known as Nihongo. Japan is home to over 98 percent of native Japanese speakers. Some people in countries such as the United States, Philippines, China, Korea, Brazil, England, and Canada speak it natively. Despite its importance on the Internet, Japanese is the ninth most spoken language in the world, according to W3Techs.

What are the benefits of learning Japanese?

This is a frequently asked question. What is the scope of the Japanese language in India and what are its benefits, opportunities, and demand?. So, what makes you want to learn Japanese? To begin, consider the following five compelling reasons!

1. Add the Japanese Language to your skillset to help you shape your career path:

Consumer electronics, computers, optical media, automobiles, semiconductor production, infrastructure, shipbuilding, and more make Japan a world leader. Learning Japanese will give you access to advanced technology that has penetrated the Indian market in various fields and is developing. Communication with potential clients, consumers, or coworkers can open numerous doors.

In India, being able to communicate in the Japanese language opens up a plethora of work and professional prospects.

As the bilateral relationship between India and Japan improves, many Indian companies are expanding their customer base in Japan. In the previous few decades, both countries have worked to expand and enhance their relationship. The capacity to communicate could greatly increase your work prospects in the country. Japan boasts one of the world’s greatest educational systems.

The country’s high school pupils are ranked first in the world in math and second in scientific literacy, according to the OECD. Your employability will always improve if you study in Japan. It has the potential to be a valuable career asset.

Due to its outstanding academic legacy and pioneering research and innovation, the country has the highest number of Nobel Prize winners in Asia. You can be certain that among the 25 Nobel Prize winners, 22 came from physics, chemistry, or medicine, so you are sure to find a university that specializes in your field.

3. Rising Demand in India for Japanese Translators, Interpreters, and Trainers:

If you want to work as a translator or interpreter but aren’t sure which language to choose, Japanese is the best option. Compared to English and other European languages, Japanese translation tools and software are few and far between. You’ll be amazed to learn how much information was lost in translation. Because of the language’s complexity, there is not only a strong need for Japanese language specialists but also a low level of competition.

Japanese language classes in India are one of the most popular among foreign languages in India. The Japanese language has a huge following in India. Language experts can work in the travel and tourism sector, as well as in export houses, commerce, business, and industrial houses, as well as in embassies and diplomatic missions. Furthermore, it is one of the highest-paying languages in the world for translation and interpretation.

With Japanese-speaking candidates, there is usually less competition for positions. It is the best language to learn if you’re looking for a language with fewer competitors, a competitive advantage, higher remuneration, and a wide range of career opportunities. As of October 2018, there were over 5,100 Japanese enterprises operating in India. This most common language will also increase the demand for your resume.

Over the previous 2,000 years, Japanese culture has grown into something unique, dynamic, and multi-layered. Japanese culture has found its way into many homes around the world, from manga to bonsai. After all, how many other countries can boast of having produced both Pikachu and haiku? It is said that once you leave Japan, you will miss the hospitality and loving spirit of the Japanese people.

It spans the simple, serene, graceful, and appealing to the wild, raucous, and strange ancient Edomura society. Through this experience, you will gain a deeper understanding of values, cultures, religions, morals, etiquette, traditions, and aesthetics. Without mentioning Japan’s rare and delectable cuisine, no study of the country would be complete. Perhaps you’ll discover a new way to order Sushi, Yakitori, or Tempura. There are, of course, anime, manga, and video games to engross you in, as well as several holy sites to visit, sumo to see, art to see, and mountains to climb.

The list goes on and on. Many people, just like you, are passionate about the Japanese language, culture, and history. Japanese films, music, and Kabuki theatre are all the rage around the world. Whether you enjoy playing video games, watching movies, or playing sports, make sure you do so in your native language, otherwise, you may miss out on a wealth of original and great content, such as movies, music, and books. If you study the Japanese language, you will reap numerous benefits.

Scope of Japanese language in India

2. TEACHING OR TRAINER IN JAPANESE

5. Work in the hospitality industry or as a tour guide

7. IN THE EXPORT-IMPORT INDUSTRY, A SALES REPRESENTATIVE

8. GET A JOB IN A JAPANESE COMPANY

It may seem that the Japanese language boom in India started a decade ago, but in the early 1950s, the Japanese language was introduced to Indian students by the Indian Ministry of Defense and Vishwa Bharti University. Other Indian universities, such as Delhi, Pune, and Jawaharlal Nehru University, followed suit in future decades. After nearly four decades, there was a rebirth of interest in the Japanese language. When India’s economy was liberalized in 1991, Japan began to see the formation of a market-oriented economy with the possibility of private capital inflow and international investment. In 1993, the Japanese government intervened by establishing the Japan Foundation office in New Delhi.

Some high figures in the Indian government believed that Indians needed to be able to communicate in Japanese. Manmohan Singh, who later became Prime Minister of India from 2004 to 2014, proposed in 1997 that India needs 10,000 Japanese-speaking Indians. Nearly two decades later, India’s current prime minister, Narendra Modi, wants Indian primary education to modernize by adopting Japanese schools’ ethical norms and discipline. technology, biotechnology, water purification, medicines, marketing, and finance This development will necessitate the hiring of Japanese-trained personnel, as well as the expansion of the Japanese language teaching and learning paradigm. About 200,000 Indian specialists in the fields of biological sciences, agriculture, finance, and the service industry are needed to supplement Japan’s declining workforce.

In the case of Amazon, here’s an example of job recruitment:

CTC: 5 LPA and above

In the long run, the best recommendation for anyone interested in learning the Japanese language is to make it an additional skill rather than a primary skill, because progress is limited after a few years if language is your only field of knowledge.

So, where do you begin?

You must first learn the letters in order to learn Japanese. Katakana, kanji, and hiragana are the three writing systems used in Japan. Then you’ll have to learn how to pronounce Japanese words (the sounds in Japanese are, fortunately, quite similar to those in English).

You can begin reading and writing in Japanese once you’ve mastered the fundamental sounds and can communicate in the language. The Scope of the Japanese language in India has a wide range of applications in India. Once you pass the JLPT exam, which is held twice a year by the Japanese government, in July and December.

Here are a few Japanese Language courses in India:

Is It Necessary to Learn Japanese? Without a doubt, when it comes to career and work, chances in Japan, the Japanese language has a huge potential in India. Furthermore, all indicators suggest that it will continue to expand in the future.

The professional alternatives listed are not exhaustive, but they are examples of how you might use your Japanese skills in India.

Q.1 How long does it take an Indian to learn Japanese?

Q.2 What is the salary of a Japanese translator in India?

Q.3 Is it difficult for Indians to learn Japanese?

Japan is a language with more time and fantastic that uses pure vowel and consonant sounds. Japanese words are mostly based on verbs, nouns, and particles. It is these very features that make learning Japanese for Indians, easy.

Q.4 What is a Japanese teacher’s pay in India?

Q.5 How can I apply for a job at the Japanese Embassy in India?

Requires the following qualifications and experience: Education: Bachelor’s degree (have a solid grasp of domestic politics, current affairs, and other related fields) Work Experience: It is preferable if you have worked in a diplomatic mission or for a Japanese company. MS Word, Excel, and PowerPoint are computer skills.

A young, dynamic youth currently pursuing in-demand jobs around the globe. I am a sociology graduate who has worked in the area of event management. As I reflected on myself deeply, I realized that there was still something missing. Change needs to be taken, so content writing is my first step into the digital world. 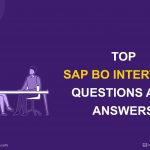 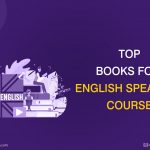 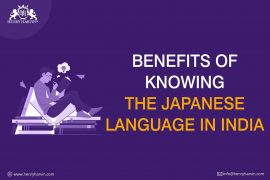 10 Impressive Benefits of Knowing the Japanese Language in India 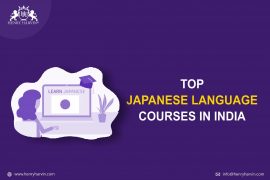 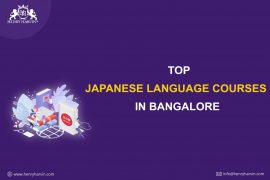 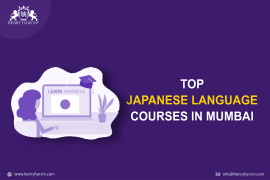 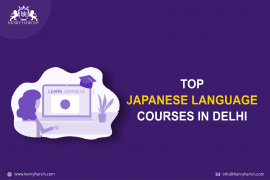 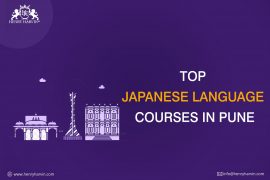