I clearly remember the days of my project work when I was about to graduate. We were a team of three students working on our final project which used a database to store data. In the initial phase of the project, everything was as smooth as butter and we were making our progress faster than expected. The real problem started once we started taking inputs from multiple resources and started storing them in the database. Some of the issues that we faced are below,

If you are a professional who is reading this, you might have got the scientific term which could have solved all the issues stated above. If you are a fresher or someone who is about to graduate, you might have some idea on how do we solve this issue and if you are a layman you might be thinking why not spend some time in blueprinting the database and then create them from scratch with a better design and better understanding of the same. All of your queries are answered by a simple term known as Data Modelling.

In this article, I will be taking you through a brief of data modeling followed by 10 data modelling tools which makes the life of a database architect much easier.

Data modeling deals in preparing a data model of the data involved in an information system which optimizes the database design and also helps in understanding the dataflow within the information system. A data model on the other hand is an abstract model of the data which relates to specifics such as how the data is captured, how the data flows within the system, how is data entered in individual tables and what checks and constraints apply to the data before storing them in the databases?

Having seen the definition of the terms Data Modelling and Data models, let us now have a look as to why data modelling is needed? The simple answer to this would be to avoid howlers similar to what we did when we were developing our final year project just before graduation. Extending the same in a more formal way, below are some of the reasons why data modelling is needed,

Anything that makes the tedious job of building data models easier for the professionals can be regarded as a data modelling tool. There are a plenty of data modelling tools available for the same; many of which run on almost all the operating systems while some of them might be restricted to some operating systems such as Linux, Unix, etc. Some of these tools are available online and can be used directly without the need of any installation and thus reduces the cost of maintenance. Many of these tools come equipped with a lot of additional features such as creating data objects from the relationship diagrams, data import-export facilities for cross platform usage, enhanced documentation to aid with the documentation of the data model, connectivity to multiple databases and also with the ability to be integrated with Hadoop and other big data platforms.

SAP power designer can be used in the below scenarios,

The features which stand out in case of SAP Powerdesigner are as follows,

The key features of the Enterprise Architect data modelling solution are as follows,

Besides all the above mentioned use cases, the ER/Studio also provides robust data modeling, maintaining enterprise data dictionary and business glossaries. Some of the key features which makes ER/Studio stand out from the rest of the data modelling tools are as follows,

In addition to all the highlights mentioned above, some of the features which makes Toad Data Modeler one of the finest Data Modelling Tools are as below,

As we come to the end of this article, let me ask you a question. Do you still remember the blunder that I and my teammates did when we were working on the final year project? Do you think this could have been the case if I had known about all the data modelling tools that are available to our disposal? If this question was asked to me, I would say probably yes and the reason for my answer would be no matter how good we model the database and how good we anticipate the changes, at the end of the day it is the application development itself that matters the most. Data modelling can be used to ensure that the backend database is sturdy and rigid with a minimum amount of flaws in the data that is entered in the tables. 12 Success Strategies for E-commerce in 2020 Five Steps To Build A Career In Technical Writing 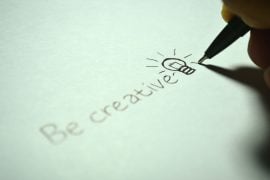 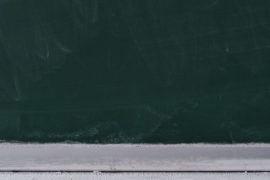 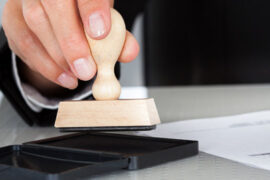 Best Ways To Master The 3 stages of PMP® Certification Process